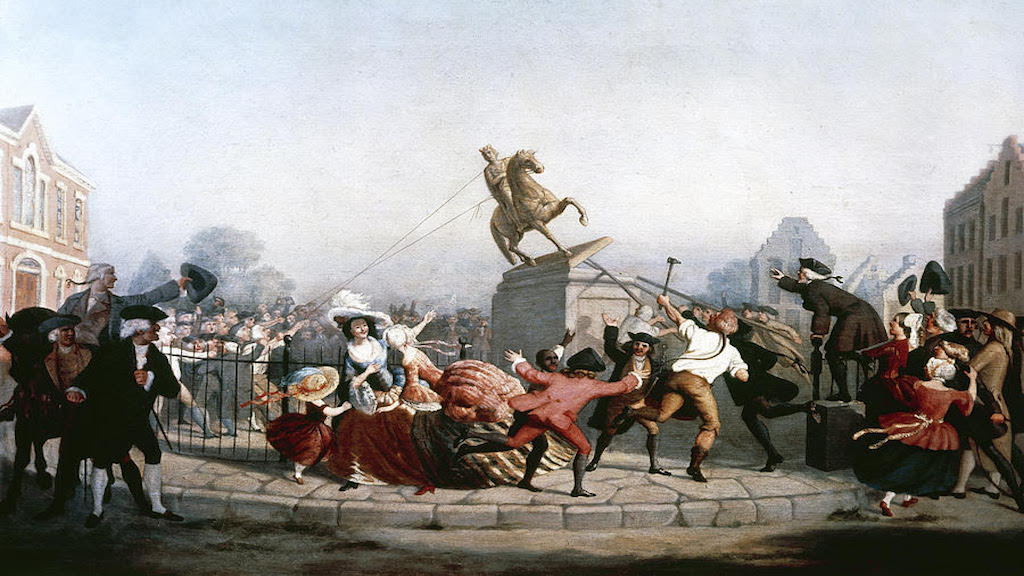 The team was in crisis. “I don’t know what to do,” said the CEO. “One of our self-organizing teams has made a huge mistake — one that could jeopardize our company’s relationships with regulators and government officials. Not only did they miss a critical compliance issue, they weren’t even aware they had missed it. What do I do?”

I asked what they sensed their options were.

“I don’t know — do I swoop in and take over? Go back to telling people exactly what to do? Or just keep myself out of it and hope they figure it out?”

Sooner or later, a situation like this arises in every organization aspiring to self-organization, evolutionary purpose, and wholeness—the breakthroughs of Teal-stage organizing. A team will make a critical mistake. Some key skill, some important awareness will suddenly show up as “missing” from a team that once depended on management.

What do Teal leaders do when this sort of gap, like a crack in the earth, suddenly widens beneath their feet? They’ve made a commitment to a way of operating in which the imposition of will is anathema; stepping in feels as if it goes against the reasons their organization went to self-management in the first place. So they hesitate, and for good reason. Shifting back to hierarchy in moments of crisis ultimately weakens the team:

It prevents teams from learning from their mistakes.

It teaches teams that they are not accountable for their success.

It limits the potential for new skills to develop, including very “Teal-ish” senses like curiosity, systems-awareness, and inquiry.

Whenever a leader makes it clear they’re waiting in the wings to take over when things get tough, the whole organization becomes less capable and resilient: stuck in a limbo of inconsistency and mistrust, or worse, resignation.

And yet, failures and mistakes sometimes rear their heads at massively critical junctures requiring swift and decisive resolution, with assurance that the same mistake won’t happen again.

So what does a “leader” do? This kind of conundrum can appear like a zero-sum game. “Either I step in with authority and direct a change, or I remain hands-off—and end up wringing my hands at the risk, hoping the team can right its own ship in time.” Neither solution feels “safe enough to try,” in Teal-ish parlance.

But, that this situation feels like a binary choice reveals an essential truth about leadership, a truth hiding in plain sight:

Leadership is not authority.

We forever confuse the two. This is because we believe people in authority are placed in those positions because of their ability to lead. Most often, nothing could be further from the truth.

In Teal organizations, leadership doesn’t disappear; on the contrary, as authority becomes distributed, powerful leadership takes on preeminence. Rather than being the purview of an elite class of managers, supervisors, and executives, leadership becomes the responsibility and possibility of every member of the organization. In fact, contrary to popular belief:

Teal-consciousness organizing requires that more leadership is present in the system, rather than less.

But notice I didn’t say “more leaders.” Why? Because leadership is a verb, not a job.

Leadership is the activity of mobilizing people to take on a challenge they would otherwise avoid.

Using this definition, anyone can exercise leadership—including former CEO’s and Founders. In fact, exercising leadership might be the single most difficult choice facing those previously occupying authority positions in organizations newly operating at the Teal stage.

Why is this? Consider what is required of people in authority positions in traditional organizations:

They ensure that the organization stays safe.

If people in authority positions fail to do these things, what happens? Someone else from the organizational system will rise to take their place, promising to fulfill the safety and predictability mandate better than their predecessor. And the message from the system is, yes you will—or else.

Now consider what people practicing leadership do and how that is viewed from a “leader perspective”:

They bring up issues previously off-limits to discussion, engaging in healthy conflict (too dangerous).

They bring in new ideas that run contrary to the norm (too unstable).

They see opportunities for expanding on Evolutionary Purpose that feel risky (too unpredictable).

They resist telling people what to do to ensure learning, ownership, and accountability (too little direction).

With this in mind, something becomes apparent about traditional organizations that seems completely counter-intuitive to our understanding about leadership in the West: the higher one goes in terms of positional authority, the harder it is to exercise leadership. The system will resist. It will push back, demanding safety and predictability, and it will make those who exercise leadership towards the ambiguous, transformational, and potentially painful pay for their transgressions.

This is why more than ever, the regular exercise of leadership throughout the entire system becomes necessary in Teal organizations.

Unfortunately, not many of us are taught the skills of exercising leadership, including those who attend business schools and earn their MBA’s. We learn instead how to respond to hierarchy. This is why it’s so important that a Teal organization fosters conversations about leadership—leadership as a verb, as a possibility latent within each member of the team. We’ve been habituated into those qualities so highly prized by traditional organizations—too often we stay in our lanes; we don’t question, and we aren’t curious.

Thus, when teams fail, when critical mistakes are made, the choice isn’t between remaining hands-off versus assuming control. The choice is to step into the stance of leadership: bringing gaps to a team’s awareness and holding the stance that this is important and we must respond, opening up a new space previously inaccessible to the team: a space that assumes responsibility and competence. Even better, start opening those spaces before crisis hits. Wherever possible, cultivate curiosity. Raise and expand awareness. Leadership is dynamic motion; it summons and evokes, weaves and concentrates.

Initiate a courageous, authentic conversation where no subject is off limits.

Bring people together to tell their stories across boundaries.

Ask the questions that feel obvious, risky, or unimportant.

These and other opportunities to exercise leadership are available for anyone who senses the gap, the opportunity, the risk—even former CEO’s and Founders.

For more reading on adaptive leadership, see the classic Leadership without Easy Answers by Ronald Heifetz. Chris Clark partnered with Frederic Laloux and others to create the Reinventing Organizations Wiki, and Discourse sites. He lives in the shadow of the mountains near Seattle, Washington, helping guide organizations near and far transitioning to Teal structures and practices.

Coffee and Conversation with Kevin Pojasek – Journey into Next-Stage Operating

What Is Weaving Alignment?

Reflections on Enlivening Edge Community Conversations – August 2017: How is it That We Weave so Much Love into the Space?