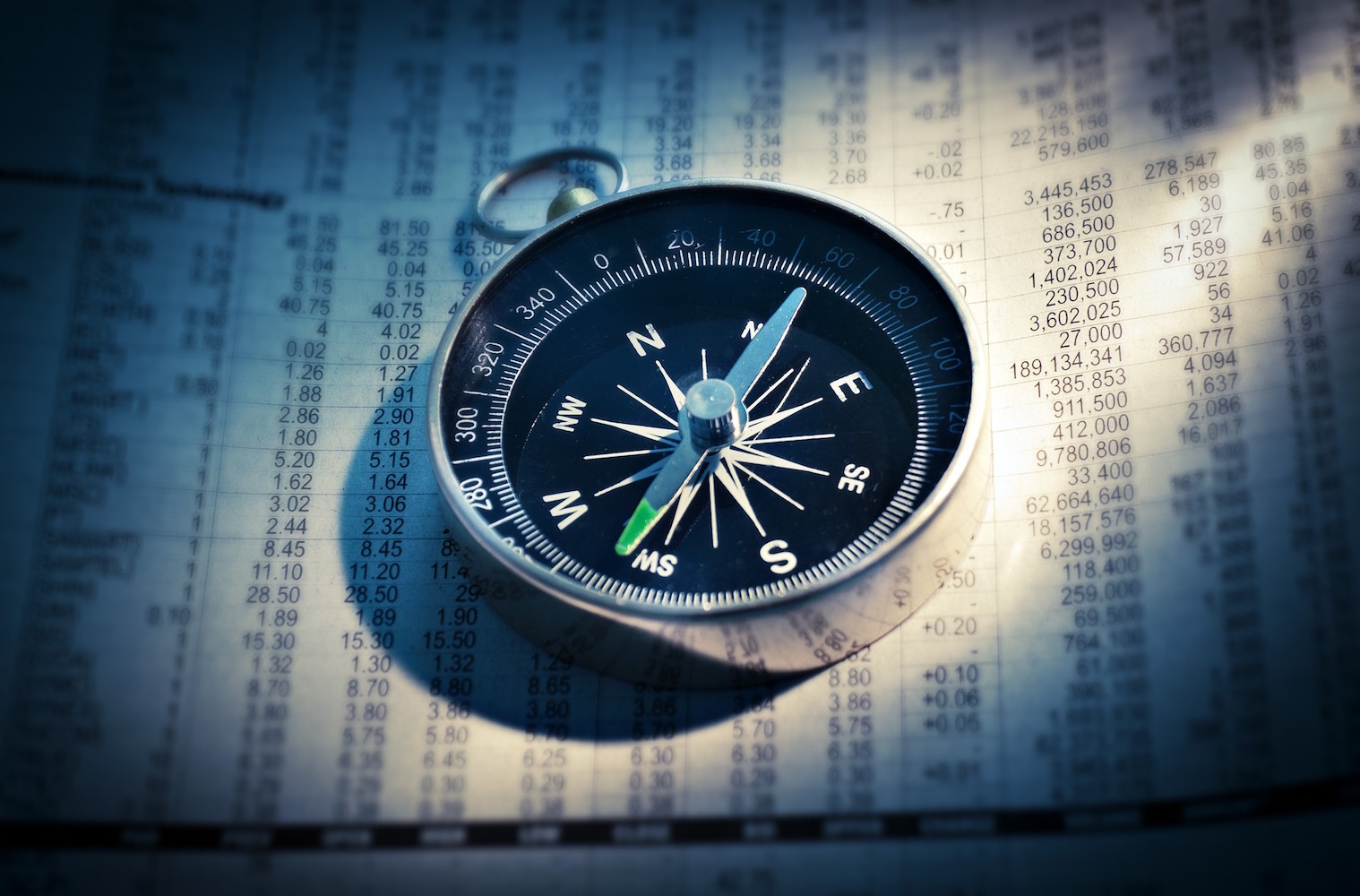 By umair haque and originally published at Eudaimonia on medium.com

Perhaps you think, as I do, that the world is in a troubled place these days. If so, then maybe you’ve observed what I have.

Something’s going badly wrong in our organizations. At every scale. Whether they’re countries, corporations, cities, towns, governments, parties. They seem to be rife with a peculiar set of strikingly similar problems. Inequality. Inopportunity. A lack of meaning, purpose. A deficit of truth. Unfairness. Predation. An empty place where dignity, truth, and vision should be.

Why is that? It seems, to put it bluntly, as if our organizations empower and reward the worst among us — worse yet, not for creating anything of real value, whether products, services, ideas, art, science, literature, but for allowing the most ruthless, cunning, and unscrupulous to take from the decent and humble. Take what? Pretty much anything you can think of. Consider the example of America: life expectancy is now declining for the poorest, and will do so soon enough for the middle, since healthcare is unaffordable — life itself is being taken, and given to the richest. Income, opportunity, savings, safety, security, stability — all these are being taken, too.

So. Here’s a tiny principle for creating the future, for those who really wish to be innovators, explorers, rebels, and usurpers. The organizations that we build must be models of the world we want to create.

(Think of compasses as you read this. I’ll come back that metaphor. First…)

What do I mean by that strange little phrase? Consider how the organizations we build aren’t models of the world we want to create. Facebook’s gotten rich by creating nothing of real value — it makes us unhappy, lonely, mean, and it corrodes democracy, trust, and society. And yet it’s putative purpose is to “connect the world”. Ironic, no? It’s a broken compass.

Most of our organizations have similarly noble, wonderful aims. Google, Uber, Tesla. Every venture capital fund in the universe. Every blue chip company, government, political party. But their net effect on well-being appears to be if not negative, then zero — that much is obvious, because life itself is going into reverse along nearly every dimension. Why is that? Is it just because they’re not trying? Because it’s all a cynical game? I think there’s a deeper reason — they are not modelling the world that they want to build.

Our organizations often say that they want to do noble and wonderful things. Build a more prosperous, thriving, and explosively better world. One overflowing with happiness, meaning, and purpose. But take a clear-eyed look inside those very organizations. What do you see?

You see overwork and stress being the biggest factor in a falling a low quality of life. You see people a total lack of meaning and purpose — people working on utterly trivial things, like new flavours of deodorant. You see “performance systems” that measure how many hours are worked, or how politically successful people are — not whether they’ve contributed to creating better lives. You see “boards” that appear not to care or even know when democracies are being hacked. But that’s just the tip of the iceberg.

You see the same old hierarchies and the same old glass ceilings. You see CEOs earning hundreds of times what workers do. You see women and minorities and anyone different, really, systemically discriminated against. You see “diversity” equalling tokenism. You see noble statements of grand innovation and breakthroughs — but hard dollars spent on lowest-common-denominator stuff.

You will see a lack of investment in people, society, trust, meaning, purpose, in elevating and expanding quality of life — and destructive activities like share buybacks, lobbying, more ad campaigns, and bigger bonuses for all that.

In short, if you look at organizations today, whether big or small, corporate or entrepreneurial, you see a great contradiction. Our organizations say that they want to build a better world. But they are rife with inopportunity, unfairness, stagnation, discrimination, meanness, pettiness, cruelty, and spite.

It’s no surprise, then, all that is what’s happening in economy after economy. After all, organizations are what economies are made of. But the result of economies like that is that people turn to authoritarianism, extremism, and scapegoating. Broken compasses take us in circles, don’t they?

Do you see the link? Our organizations are like little ships trying to sail to a new world. But they are still being run and organized like the old one. How can they really go anywhere? Broken compasses. Circles.

So. Our organizations must be models of the world that we want to build. Not just examples of the old one. What kind of world is that? You tell me. Perhaps it is a more inclusive, just, gentle world. Then the challenge for your organization is modelling all that, first — you must reward, motivate, and inspire people to really see each other, instead of hoping that the world will be a better place, while you impel people to be unfair, hard, and cruel, with winner-take-all structures and systems, which recognize no one’s dignity, humanity, or purpose. You’re nothing but a broken compass that way.

Perhaps it is a more prosperous, thriving world. Then you must be one, too. Instead of paying CEOs hundreds of millions, and workers mere thousands, you must redress the gap. You’re going to have to stop issuing mega-bonuses for useless financial engineering, and start rewarding people for really making a difference. You’re going to have to build cultures, values, and whole structures and systems for a razor-sharp higher purpose. How can the world be a more prosperous place if the very organizations that should make it one themselves aren’t?

See what I mean by being a compass? Let me zoom out so it’s clearer.

What does “organizational leadership” really mean? We think that it means “best practices” and “hiring the best talent” and all the other buzzwords. It doesn’t. All that’s quite pointless now. Obsolete. Useless.

Organizational leadership today means building an organization that is a model for the world it hopes to create. That models — demonstrates, displays, shows, exemplifies, for all to see— the better world that it hopes to spark. As exactly and precisely as it can. It’s not just about your products, services, goods — but the marrow of your very organization itself, how it works, what it does, whom it benefits, why it exists.

A leader is a model. Someone that blazes a trail. Others follow. They imitate, taking the same footsteps. But the leader goes first. But our organizations are not modelling the world that they wish and hope to create. They are still reflections, vessels, systems of the old world — the one they themselves often are frustrated by and weary of. It does no good to cry “I want a new world!” — and then go on every day simply living in the old one. Such organizations have not become a compass.

To be an organizational leader today means stepping forward and modelling the better world that you want to create. Building a little version of it. That can set a true north. That says: “Here is the new world that we want to build. Fairer, more prosperous, truer, more meaningful, full of purpose — better in all these ways. That new world exists here already. We are a model for everyone to follow. A compass towards the future.”

That will not be easy. It will require those who really wish to innovate to turn it all upside down. To throw out many of the old rules. Of “boards”, of “structures”, of “rewards”, of “roles” and “titles” and “bosses”. What good do they really do now? Is a company like Facebook that has textbook organization — a stellar board and rock-solid structures and skyrocketing compensation — any better run than one that doesn’t? You see my point. That is the way that we must walk if we wish to be leaders.

We must build organizations that are models of the world we want to create. Or else we are not really creating the future at all — just recreating the past.

Be the change you want to see in the world, a great man once said. It has never been truer than now. The greatest organizations of a better tomorrow will be the compasses that get us there today.