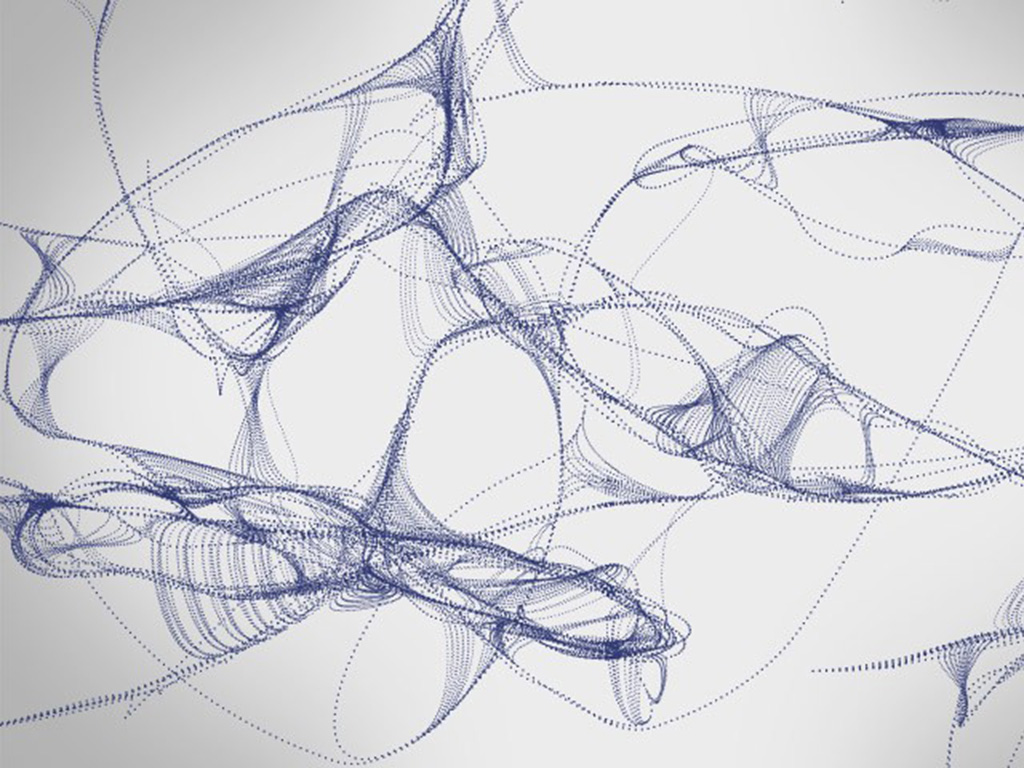 Bitcoin Is an Experiment in Self-Organizing Collective Intelligence.

Written by Jordan Greenhall and published at medium.com

There have been a lot of conversations about Bitcoin over the years. Is it a currency or an equity or a commodity? Is it a store of value? Is it a “settlement mechanism”? Is it not money at all, but merely an example of a decentralized application on the Blockchain? The short answer is: none of the above.

In some sense, we’ve seen this sort of thing many times. Every “movement” or “scenius” (to use Brian Eno’s ingenious term for “collective genius”) is a form of self-organizing collective intelligence. The Punk Rock movement, skateboarding, Ruby on Rails.

What makes Bitcoin important is that it represents a new mutation in self-organizing collective intelligence.

In order to explain what I mean by this, I’m first going to have to spend a few minutes laying out what I mean by self-organizing collective intelligence.

The Development of Self Organizing Collective Intelligences (SOCI)

The basic dynamics of a SOCI is as follows. It begins as some sort of attractor — some aesthetic sensibility or yearning — that is able to grab the attention and energy of some group of people. Generally one that is very vague and abstract. Some idea or notion that only makes sense to a relatively small group.

Thus begins the generative loop: as the SOCI becomes more real and attracts more people it begins to encounter challenges. Maybe Impressionism is being rejected by the status quo and it needs to find some way to display itself. Maybe hand-coded HTML is too burdensome and clumsy and this SOCI needs to get easier to use.

If the SOCI has enough capacity within its collective intelligence to resolve the challenge, it “levels up” and expands its ability to attract more attention and energy. If not, then it becomes somewhat bounded (at least for the present) and begins to find the limit of “what it is”.

Different SOCI will resolve challenges through different mechanisms. Some will form relatively centralized nodes (ICANN, Rolling Stone Magazine) that will accelerate problem solving in certain areas — but at the cost of losing some of the generativity and flexibility of decentralization. Others will mutate and proliferate exploring their niche like a slime mold (Protestantism and electronic music might be a good examples here).

As the SOCI develops, the choices that it makes — the solutions that it crafts — become part of its core architecture. “Frozen accidents” in its development, these begin to shape and define its future paths, slowly accreting structure and topography as the SOCI moves from its vague, open and highly creative infancy through adolescence and finally into its mature, effective, but much less creative adulthood.

In the end, the development of a SOCI is defined by the challenges it faces, its capacity to surmount those challenges, and the consequences of its solutions on its own further development.

Bitcoin as a Self Organizing Collective Intelligences (SOCI)

Bitcoin is a SOCI. And its future will be determined precisely by the dynamic tension between the problems it faces and its capacity to solve those problems.

Over the years, Bitcoin has worked its way through a complicated childhood. It was able to attract the attention and energy of a core of developers who built software that made it possible for less technical folks to participate and apply their energy. It has been able to create online exchanges and marketplaces and then survive the collapse and redesign and collapse and redesign of these pieces of its architecture.

As it did this, it expanded its “reality” and attracted the attention and energy of more “professional” entrepreneurs and venture capitalists — whose work significantly expanded Bitcoin’s capacity (and birthed an offshoot in the form of the “blockchain SOCI”).

Over the past year and a half it has struggled mightily with its most recent challenge: governance. For most of its developmental history, Bitcoin has been defined by two different governance mechanisms. The vast majority of the work has been highly decentralized — activities like wallet construction and exchange building that is entirely done “at the edge” and with little to no governance outside of simple architectural boundaries. The remainder of the work has been handled through an ad hoc oligarchy of the “Core Developers” who have been broadly able to maintain a highly technocratic coherence.

This loose governance mechanism broke down as the collective intelligence couldn’t achieve coherence on purely technical grounds: two paths emerged that each presented valid, compelling and incompatible attraction to different sensemaking elements of the collective intelligence. The result was the exploration of what might be a fundamental feature of this kind of SOCI’s governance — a “hard fork” where doctrinal and values differences are physically formalized into two separate code bases.

So now we wait. Will the “hard fork” be the next level up for the Bitcoin SOCI and lead to an expansion of its ability to attract more intelligence? Or is this the hill that Bitcoin can’t climb and the beginning of its senescence?

This is the current question. But as interesting and important as this question is on its own terms, the real meaning of the Bitcoin experiment is deeper.

This is because Bitcoin represents a new form of SOCI and is the first real test of the power and adaptive capacity of this new SOCI organism.

Bitcoin as a New form of self-organizing collective intelligence

Lets step back and consider what the Bitcoin SOCI has already done.

Beginning with essentially no backing and no resources Bitcoin has been able to organically attract attention and energy to grow into something that includes dozens of exchanges in something like 40 different countries and a computational infrastructure that processes an astounding 14 Million PetaFLOPS.

And it has done this while innovating directly against one of the most fundamental components of our current social fabric: money. The beaches are littered with the bodies of well-funded efforts to step into this space and, indeed, even a major victory like PayPal required the improbably combined genius of Peter Thiel, Elon Musk, Luke Nosek, Reid Hoffman and the rest of the much gloried PayPal Mafia simply to carve out a nice niche in online payments.

And the Bitcoin SOCI has done this in merely seven short years.

This is no ordinary SOCI. The deep importance of Bitcoin is that it represents the first example of an entirely new SOCI organism in our landscape. One that clearly represents a new kind of power and capability. In fact, one that might relate to our legacy forms of collective intelligence in the same way that Homo Sapiens related to Homo Neanderthalensis.

What is the essence of this new form of collective intelligence that represents so much potential? My guess is that this can really only be answered with the benefit of hindsight. But I’ll venture a guess:

These two features combine to mean that in principle this new form of SOCI can attract and utilize the total collective intelligence of the human species almost instantly.

While in practice this level of concentrated collective intelligence isn’t likely to happen the potential of tapping into and connecting precisely the girl in Phuket and the team in Slovenia when where and how they are needed is flat out revolutionary.

This needs to be unpacked. Consider digital SOCI like, say, WhatsApp, Facebook and Instagram. While these collective intelligences are both global and virtual, their ability to connect with, motivate and apply the attention and energy of their communities is either very narrow (you can contribute to the Instagram SOCI by uploading photos, liking and commenting them, but little more) or bottlenecked by a relatively small team of people who have exclusive power to adapt the architecture (like when the Facebook team added the ability to upload videos).

Bitcoin-like SOCI use the technical capabilities of the blockchain, crypto-tokens and smart-contracts to provide a motivational architecture that can be highly adaptive to the real needs of the SOCI without bottlenecking through some concentrated control structure. As these techniques mature, they provide this new class of SOCI with an “executive function” that has little to no agency risk and can scale without creating a bottleneck on the SOCI.

To get a better sense of what I mean here, consider Bitcoin as an extremely early prototype of how this kind of motivational architecture can work. By linking “run hashing software” with “be the source of coin creation”, Bitcoin created an invitation to value contribution at an architectural level. Anyone who could understand and act on the invitation could participate without any human agents getting in the way to bottleneck the process.

And by carefully wiring up difficulty and scarcity, Bitcoins became at least potentially appreciating assets — motivating anyone who could appreciate and act on this invitation to figure out how they could best give their value to the Bitcoin SOCI in exchange for increasingly valuable coins.

While rough and coarse-grained, this approach worked. It was flat out brilliant in incentivizing the construction and rollout of mining infrastructure, and as mentioned has delivered on a tremendous amount of creative activity.

Of course, the Bitcoin approach has known issues. High volatility, a dependence on risk-seeking speculation, too much concentration in the hands of early adopters, coarse-grained focus on mining, etc. Arguably, these design elements limit the effectiveness of the SOCI to attract and deploy collective intelligence and, therefore, its overall potential.

With regard to the Bitcoin SOCI in particular, the future is uncertain. Will it overcome its governance challenges and emerge on the other side with still more collective intelligence? I honestly have no idea; I suspect it will, but these moments are always deeply uncertain.

If it does, however, it will come out the other end much stronger than it has been so far. Governance is a major challenge. If Bitcoin survives this current crisis, my bet is that the collective intelligence will focus its efforts on governance much like it has on past crises like the Mt. Gox collapse — and the result will be a much, much more capable SOCI.

The Future of Self Organizing Collective Intelligences

Regardless of the specific result of the Bitcoin experiment, we are clearly in the middle of a new era.

As I discussed in The Future of Organization, a lot of smart people are currently hard at work understanding, generalizing and optimizing the deep code of these new forms of collective intelligence.

The limitations of Bitcoin’s approach to motivation and collective action are well understood and new technical layers like Ethereum’s smart contracts and Backfeed’s distributed governance system magnify the potential intelligence of this kind of SOCI at least as much as the neocortex magnified the intelligence of the mammalian brain.

I really wish the reality and importance of this new frontier were more broadly understood. My sense is that over just the next five years this new form of SOCI will go through its gestation, birthing and childhood development stages.

And whoever gets there first will “win” in a fashion that is rarely seen in history.