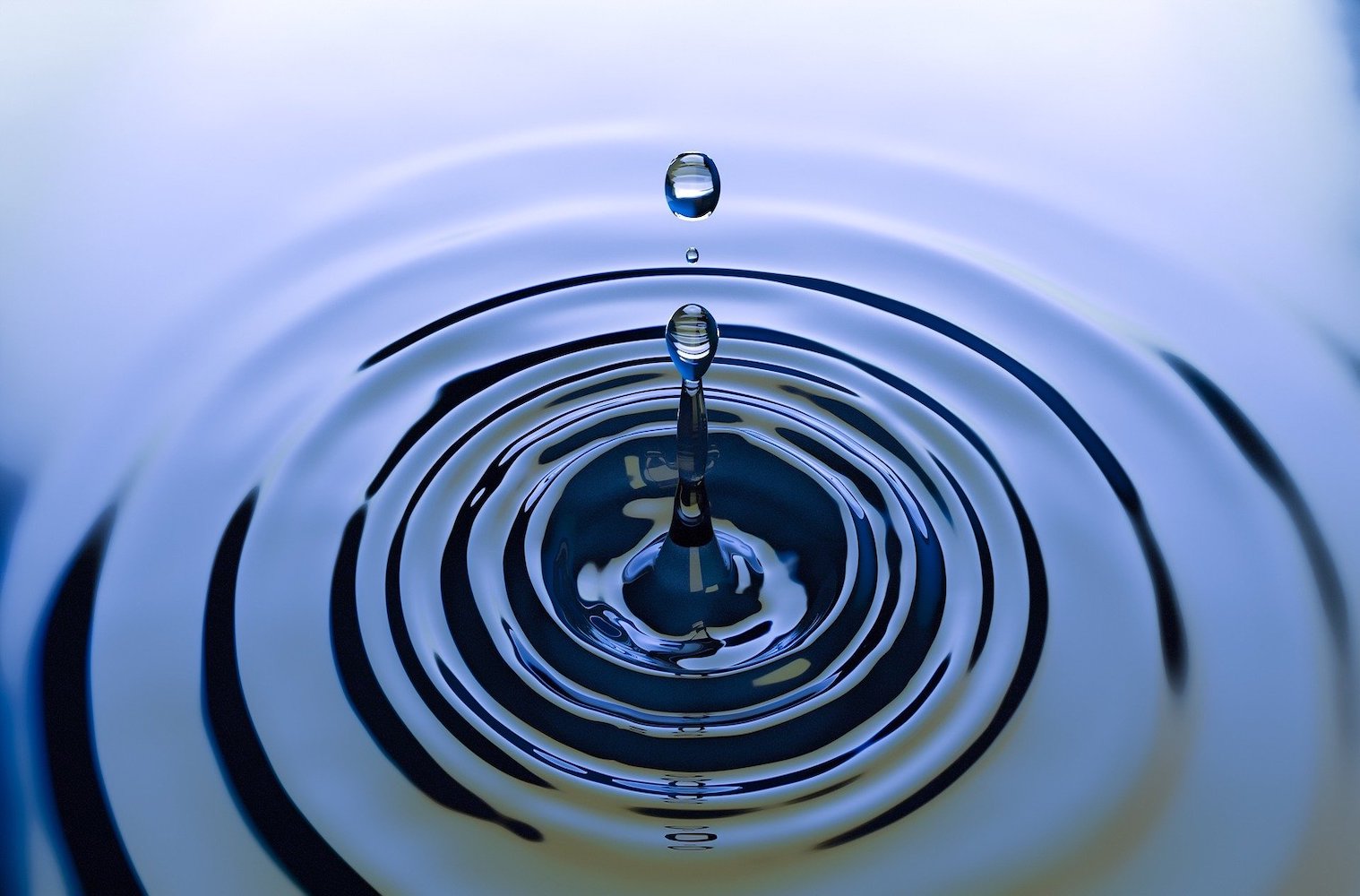 This story was shared with folks at Enlivening Edge’s Community Conversation on February 4, 2021.
If life is life experiencing itself then what we pay attention to and how we interpret our experiences matter. As the way we work goes through a fifth revolution so does our consciousness.
I describe myself as the businesshumanizer, partly because of empathically revolting against the existing and partly because I have not found an existing denomination suiting me, but all in service of evolving the way we work towards human-centricity, social sustainability, and personal agency.  As businesshumanizer I contemplate, inspire, and co-create a more trustful way of collaborating through various engagements.
This is my authentic story of becoming human and understanding what it means to be alive – from traumatic work experiences to evolving the way we work, from a depressed and disengaged employee to a driven serial social entrepreneur, from identifying with victim copying patterns to choosing my own destiny.
Through my experiences of how I was treated at work, I was gifted four perspectives and functions that unify and shape my perception. I use them to create holistic harmony, integrate experiences, and thus can find meaning in my existence – in short, this is how I evolve.

ACT I – Waking up

During my first work experience in Germany, I thought of ending my life. I felt miserable, because I was not seen, heard, respected, and had few opportunities to contribute in ways that I found meaningful. Besides not satisfying these Being-needs, my salary was also regularly late, and I was put off with false promises. I had to sue for outstanding salary and bonus eventually. How did I end up in such a, for me, toxic environment?

I did my studies in the Netherlands, the U.S.A., and Sweden. It was always my childhood dream of going to the U.S.  And then I had this very concrete wish of studying something with “business or management”. Joke aside, I wanted to explore and my ‘International business and management studies’ – yes, that is the exact title of my Bachelor program – allowed me to go out into the world. I liked the straightforwardness of Dutch people.
I spent time in San Diego.I lived my ‘American Dream’. Then I fell in love with the values of Swedish culture – equality and respect. In the classes I participated in we had a lot of group work which required active participation and collaboration while working on real cases and directly with businesses – which I liked a lot. As you can imagine I had a pretty good time and when I finished my Master’s I was facing the decision of where to apply for a job.
Most of my international classmates went back to their countries of origin and my parents expected me to come back to Germany. So I moved my physical body back to Germany, thinking that I knew the system best in the country I grew up in. Although I had this sense of staying abroad and not being ready to enter a job. But who feels ever absolute ready for what is next?
Back in Germany, I was then confronted with a totally different way of working from what I had so far been accustomed to. Instead of autonomy, I got supervision, command, and control. Instead of belonging and respect, I got isolation. Instead of meaning and contribution, I got boredom, following strict processes and bureaucracy.
I was confused. What and how much is okay to accept, especially as a junior? Is that what real work, in a job, was like? Am I expected to face this way of working for the next 40 years of my career?
I was terrified. So I sought advice from my friends and parents, but my friends had not had such experiences, and my parents simply told me to accept it, be loyal to my employer. I was not satisfied. Then it dawned on me that my parents had always worked for the same employer in their whole work life. And I remembered that almost every evening they came home after work and complained for an hour before calming down, without ever changing anything. That never felt quite right to me.

After more than a year of suffering in my job and searching the fault with me, eradicating my self-esteem and -confidence along the way, I had an insight. I am not wrong or faulty. It is my environment that needed improvement.
But how could I in my position initiate any change? So I decided the first step is to get out of this for me toxic environment. I reflected on what I liked about my work and that was to help others and improve a situation.
So I put myself in a different context in another small consultancy and got the impression of a different culture. The female CEO listened to my story and was understanding. I felt seen and the self-questioning lessened. I was slowly rebuilding my self-confidence and eager to contribute.
While waiting for a project to be placed in I supported internal process work working closely with the CEO. Starting to open up again my curiosity came forth again and I inquired into why things were set up in certain ways, which was helpful for my task at hand. After four months I was let go. The questions I started asking were getting uncomfortable and instead of exploring together the root cause, it was easier to shoot the messenger.
It took me a while to understand that the issue was again not with me or my questions, rather it was the inability of others to answer them and the comfortableness of staying with that feeling that created tensions.
So moving back to Germany and going against my intuition I experienced my most traumatic work experiences. At the same time, it provided me the deepest learning opportunities by making clear what I did not want. The valuable insights I gained are still shaping my direction and approach today.
Shortly after I had the chance to start fresh. My partner got into a Master’s program for sustainability in Sweden and both of us motivated to embark on a more meaningful career sold all our belongings and moved abroad.
Back in Sweden, I started HumanBusiness, with the purpose of making business human-centric. Inspired by Reinventing Organizations, the book by Fredric Laloux, I not only found a language that could explain my experience – me having been in a culture that had different worldviews or value systems.
I also felt that my pain could be used to help others improve their experience at work. I mean Gallup states that 84 % of people at work in Europe are not fully engaged with what they are doing on a daily basis and the cost for business and society are estimated to 600 billion Euros lost in productivity, not even speaking about the individual experiences of employees and the costs for their rehabilitation. Clearly, there was a need.
In hindsight, I can say that my heart made a leap my mind was not ready for. How naive of me to start my own business without ever having the experience to run a company. I also learned that a need does not automatically equal a demand. HumanBusiness was closed after two years due to bankruptcy.
In my desperate search for contributing to the evolution of work, I got involved in many aspiring projects and initiatives. They all had grand visions and promised to change the world. Some were living a fantasy, having a vision of a potential future, but showed little inspired action to follow through. Some were having so many ideas about how to achieve their vision that their approach changed daily, leaving everyone confused. Others were saying and stating all the right things, but when decisions needed to be made they demonstrated almost an opposite behavior to what was aspired to.

I started to reflect on why did I make these experiences and as my focus went inwards again I realized that I was unconsciously repeating patterns that I had picked up as a kid. I did not have healthy coping mechanisms for the situations I put myself in. Just to name one: Suddenly I was the person coming home complaining endlessly without wanting to hear anything about changing my approach or even attitude.
I realized I had knowledge, but no wisdom. I knew a lot about how things should and could ideally be, but not when to apply that knowledge appropriately in a fitting situation. While co-founding and co-creating Emprogage, a collectively owned, self-organizing entrepreneurial network facilitating the paradigm shift from being best IN the world to being best FOR the world I had a mental breakdown. Here I was, having created the most perfect organizational structure I could imagine and had desired, being unhappy. Was I back at square one? Did anything change at all?

Again I left an environment behind because it just did not feel like home anymore. It hurt and it was painful as if my mind were addicted to it, but when I leaped into the unknown there was this feeling of relief. It was stronger than I had anticipated – to be honest, I had not thought about leaving at all. On the other side, now, there is this feeling of something new being born and wanting to be served. A sense of co-creation with life itself.
In a way, I had gone full circle. AND I had also gained so much life experience along the journey. I guess the official psychological term is ‘character-forming’.
I took away from my engagements new values and principles that I organize my life around – proactivity, clarity, integrity, and presence. I had found my own life philosophy. My ethos as the old Greek philosophers called it.
Now I feel I have gained a sense of wholeness. A sense of harmonic balance of my physical body, my rational mind, my empathic and loving heart, and my intuitive spirit. They all being essential functions in itself, while also being united in myself. I feel alive – like being ‘a life’ – worthy and centered in my own existence and at the same time connected to all other life. This unity and feeling of oneness within myself allow me to show up in a different way of being – as an evolved human being.
FiDE Podcast – https://emprogage.com/fide-webcast/
HumanBusiness Blog – www.humanbusiness.eu
Co-creator and Co-founder of collectively owned and self-organizing consultancy Emprogage – www.emprogage.com
Purposeful Ecosystem – A scalable network of equals that leverages mutual trust and energy to interact effectively for a greater good (work in progress…)
LinkedIn – www.linkedin.com/in/jensrinnelt
Republished with permission.
Featured Image added by Enlivening Edge Magazine. Image by Arek Socha from Pixabay