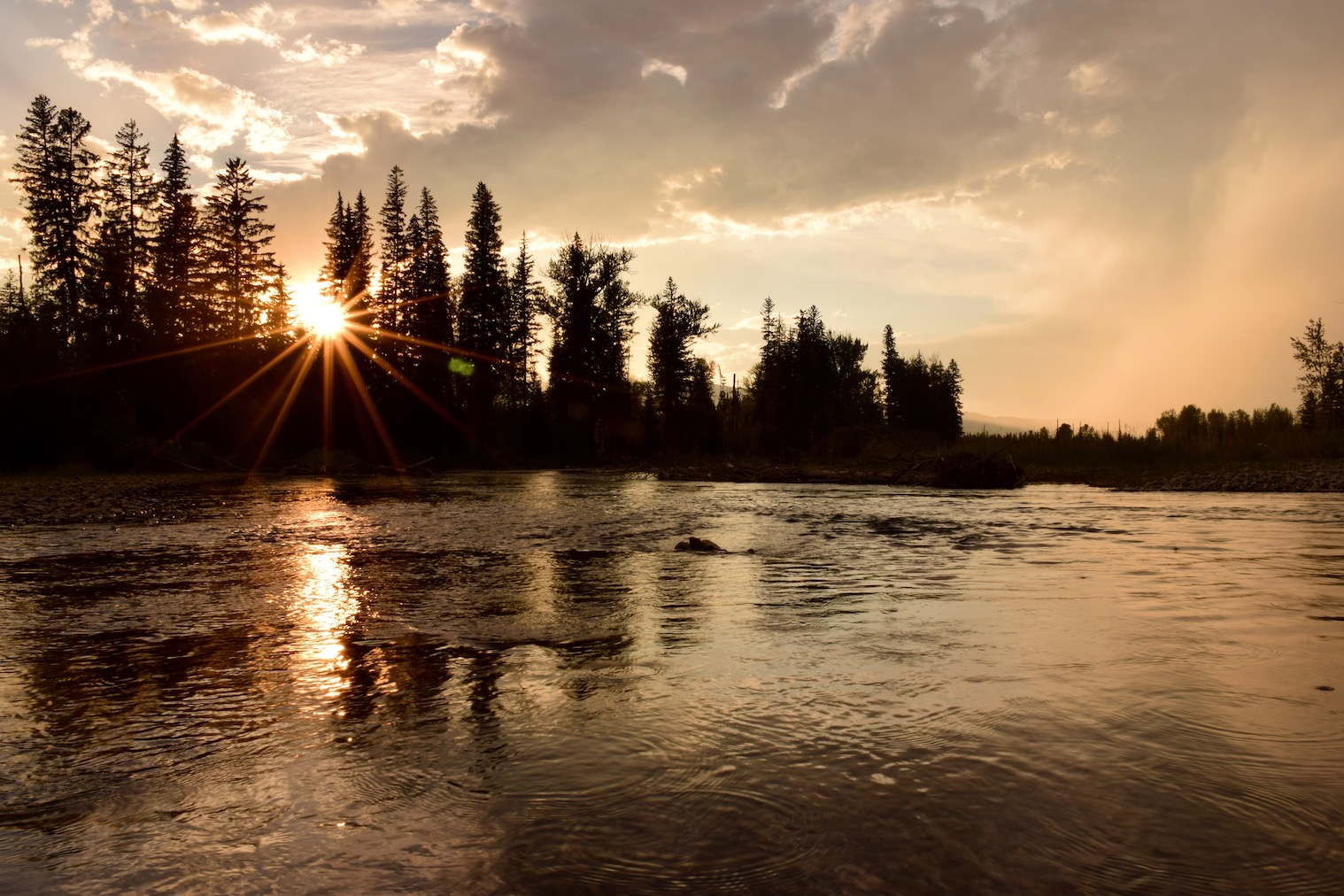 As suggested by Peter Gray1 and other anthropologists our hunter-gatherer ancestors progressively practiced a system of “reverse dominance” that prevented anyone from assuming power over others. This was opposite to the alpha male and female patterns of some of our primate cousins.

Regrettably, the introduction of agriculture about 12,000 years ago and with it the accumulation of wealth by some and not others, gradually brought into play what I call “sanctioned dominance.” I propose, we are now finally in a “reverse dominance reclamation phase.” Human nature didn’t actually change when we began to settle down and till the soil, and now it is reasserting the “reverse dominance” pattern.

What is “sanctioned dominance?” For me, one of the best examples is the traditional organizational chart still in use by most firms. It officially and clearly delineates the various levels of “sanctioned managerial domination” within a given organization.

Unfortunately, sanctioned dominance is a double-edged sword. It presents a sense of control and predictability but at the expense of thwarting the human predisposition to seek supportive relationships. However, supportive relationships form the basis for amplified organizational engagement and agility. Accordingly, annual Gallup Polls show “full worker engagement” in the US hovering around just 33 percent.

Specifically, dominance (attempted control of others) instantaneously generates subconscious resistance since it is a “perceived threat” to an individual’s self-identity and agency. Conversely, extended autonomy (self-management) instantaneously generates a feeling of personal control and acceptance since it’s a “perceived reward.” In strict top-down compliance-oriented organizations this positive response to autonomy might not “appear” to be true since people don’t respond to crumbs of autonomy, because they expect (and don’t want) to be reprimanded for stepping out of place.

We Spaces—social spaces of supportive relationships—are not new. They have been “key features” of all social systems since the dawn of our species. They are key to not only our survival but also personal comfort. Thus, we are members of countless We Spaces throughout our lives. Yet, we pay little attention to them, especially in our formal/public institutions, since they tend to be “invisible,” conveniently tucked away in our subconscious minds.

We Space Theory focuses on the levels of supportive relationships—mutuality of cognition, experience and perception –within and between members of organizational units, leading to greater overall agility or the ability to effectively detect, assess, and respond to changing conditions. It’s best described by the old saying, “I have your back, you have mine.”

As suggested before, We Spaces are the “relatively small intimate and voluntarily formed well-being zones” that provide comfort and sustenance to all of us as much as possible. They are also key to the preservation of our individual identities. Within We Space everyone has “skin in the game” and is considered to be equal in status only differing in roles members assume. It’s the recognition by all that collaboration, instead of attempts at domination, are in the best interest of “everyone involved.”

Antonio Damasio2 and Tali Sharot3 make it quite clear that we innately rely on three key self-organization drivers for our actions and reactions:

For example, most people seek out folks who make their life enjoyable and rewarding while avoiding those who might lead to confrontations. We also relish autonomy, or being in control of our destiny, while avoiding being dominated by others. Finally, as Frans de Waal4 stipulates, emotions within an optimal range of intensity focus the mind and prepare the body for action while leaving room for experience and judgment.

In the constant inborn effort to maintain our individual identity, group size is a particularly critical factor in the necessary formation of high levels of supportive relationships. According to renowned British anthropologist Robin Dunbar5 we max out at about 150 people. Keeping a group to 30 or fewer people is the best option, probably because it roughly coincides with the average hunter-gatherer band size.

All of this brings into the play the most critical, but elusive, factor in We Space Theory; the evolving “shared-identity” as depicted by the figure below.6 Basically, a shared-identity “develops” over time mainly via self-organization and not by management edicts. This is not true only in theory but also quite observable in any experience of attempting to create it via decree. Yet again, we’re dealing with human nature and how we respond to perceived threats/rewards and restraints of individual causal-agency/autonomy all processed with emotions. 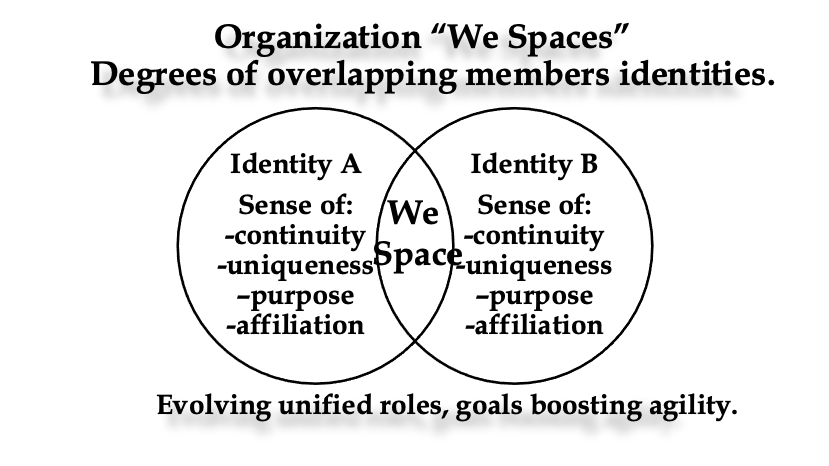 What we need to keep in mind is that We Spaces don’t develop overnight. From an organizational perspective We Spaces usually evolve in stages—compliance, cooperation, coordination, occasional collaboration and finally endless collaboration or We Space. As one can see, at each stage supportive relationships increase while transaction costs decrease progressively, while increasing productivity, innovation and organizational agility. Of course, the opposite is true in enterprises where sanctioned dominance is still alive and well.

“We Space” Theory brings to light our evolved predispositions for the practice of “reverse dominance” or self-management and the organizational pitfalls in restricting rather than promoting these fundamental tendencies. It’s all about harnessing the positive “inborn” dynamics (thinking, feeling and acting) that we all have in common yet also make us individually unique in the pursuit of common goals. 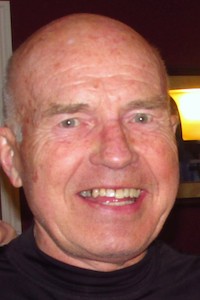 Charles (Kalev) Ehin is the author of three management books and numerous articles about engagement and self-management. He is also the originator of We Space Theory. Currently he is Professor and Dean Emeritus at The Gore School of Business at Westminster College in Salt Lake City, Utah USA. Contact him at [email protected]