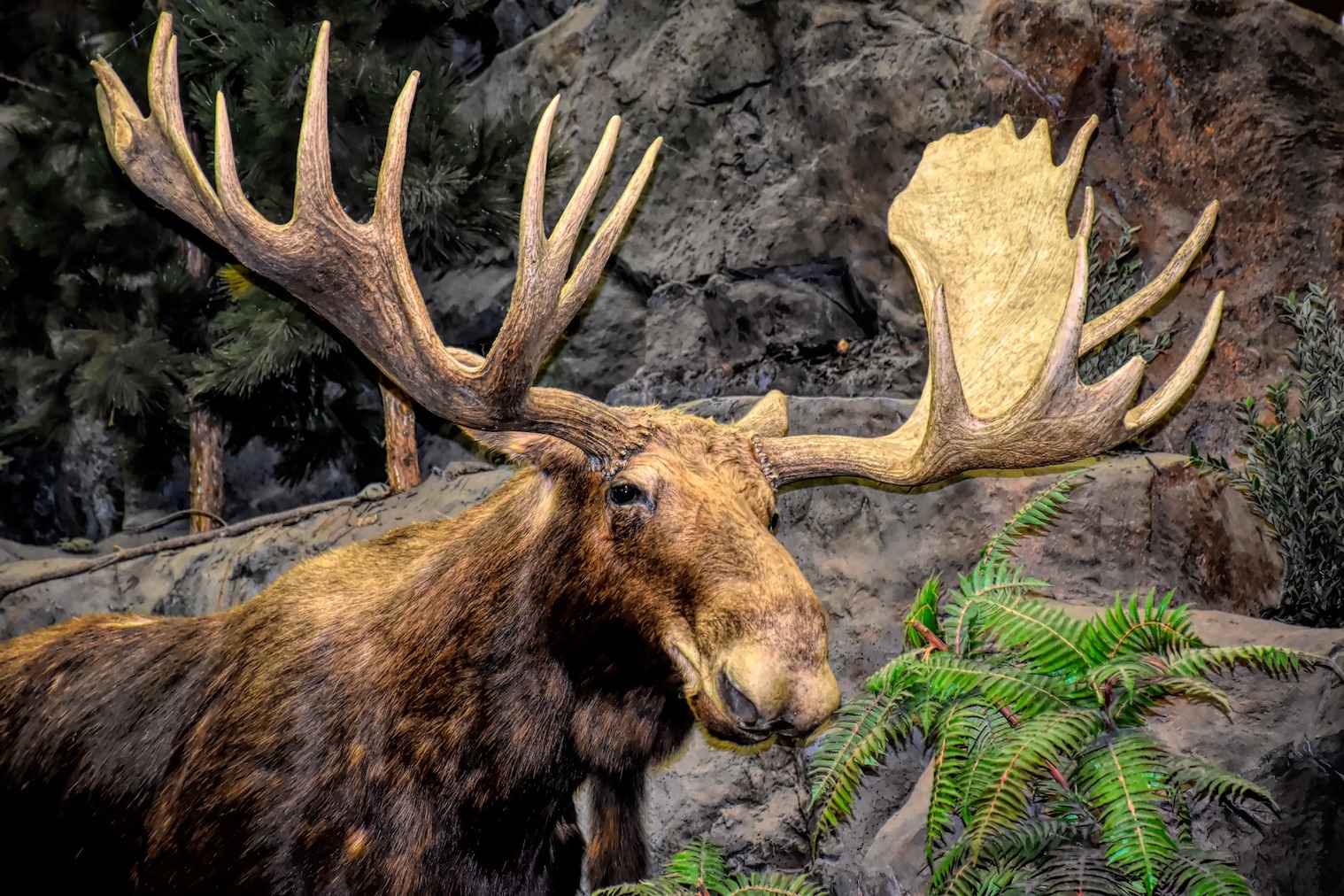 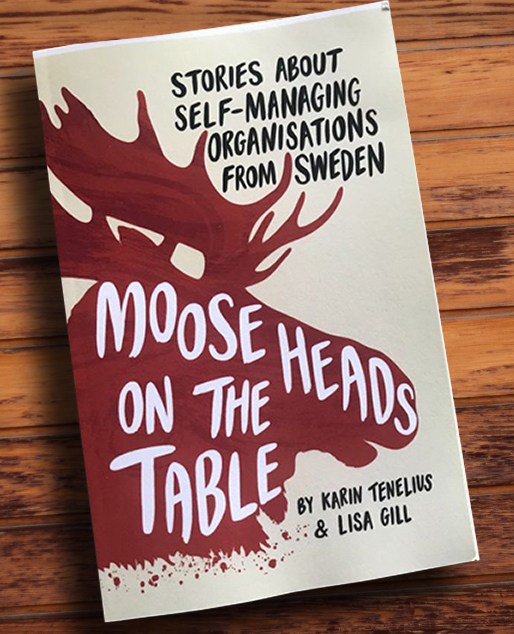 The workplace has never been so ripe for change. We talk to Karin Tenelius, our friend and co-founder of Tuff Leadership Training, about her new book and why purposeful organisations have so much to gain from creating simple, open, honest dialogue. Especially those on the journey to redefining that purpose.

Like an ‘elephant in the room’, a moose head is an unspoken issue that’s infected a team. When we founded Tuff 20 years ago, there was no Swedish equivalent of that metaphor. So we invented our own.

In a group, everyone sees or senses the moose head is there, but no-one’s brave enough to name it. The moose head may be to do with an unresolved past issue or specific behaviour, say. But it’s usually a symptom of a deeper issue. A lack of trust in leadership, for example, or a culture of blame and unaccountability.

We’ve found ‘moose heads’ to be a useful tool in talking about culture in organisations.

Exactly. There’s an innate sense of fear attached to being open and straightforward, especially in the UK.

This is where gossip starts. We all have hang-ups, differences and tendencies that emerge naturally in collaboration. But we’re not trained to talk about them. In schools and workplaces, we’re conditioned to present the ‘best’ professional version of ourselves, which is overly and unnaturally rational. So, we pretend not to be the ordinary emotional human beings we are.

Is it your intention to put the problem of leadership on the table?

Leadership has changed so much over the past 10 years or so. But leaders are still hooked on processes; on doing rather than being. And if you focus on systems before people, human issues will continue to move under the surface and cause tensions that eventually break those systems.

At Tuff, we develop a different idea of leadership — based on trustful relationships combined with straightforward communication. A kind of relationship we call ‘adult to adult’, more of a partnership. The norm at the moment resembles a parent and child dynamic, where too much responsibility lies with the manager.

When the whole team can adopt this way of working, you see enhanced empathy, cooperation and collaboration.

What’s required of the leader in this approach?

In our trainings, we encourage leaders to be ‘lazy’. To step back and place the responsibility with the group — facilitate them to solve problems. This isn’t about relinquishing a leadership role entirely, but rather relating to the team’s potential to share the leadership, the decisions, the running of the organisation.

And this assimilation of responsibility demands a certain way of relating and communicating that doesn’t yet come naturally to a lot of us. It asks us to be vulnerable as leaders. To challenge our pitfalls and need for control, and encourage others to be open precisely by being open ourselves.

Having done the training with Tuff, we know it’s harder than it sounds. In the book, you call this way of relating ‘the coaching mindset’. What’s involved?

We need to ask the right kind of questions — and without our own specific agenda. Being able to stay with challenging emotions and reflect back with clarity. The red thread through it all is the ability to really listen so people feel heard and valued.

When the whole team can adopt this way of working, you see enhanced empathy. And with that, much better levels of cooperation and collaboration. This is essentially what it takes to make the leap to becoming a self-managing organisation.

When did you first realise this approach could work?

The breakthrough moment was with a Swedish hotel team we were working with in the early days. I saw what happened to people when they the got the authority. It was like a switch had been flicked. Engagement, creativity and a sense of responsibility were unleashed in people in a way I hadn’t seen before.

Because the team felt truly empowered, they developed a mental ownership and the hotel began to run itself. They were proactive in filling unbooked rooms and coordinating tasks among themselves. They started questioning a lot of things, like suppliers, that could be improved. And they were allowed to be experts in their roles. As a result, the hotel’s turnover increased significantly.

Since then, we’ve seen astonishing results across all sorts of sectors and countries.

There’s nothing so powerful as feeling united around what you’re doing together: that’s what good branding is about.

What opportunity does this present to purposeful organisations?

NGOs, charities and the public sector have an important stake in world. And they have everything to gain from working in this way. When people start to really work together, adult to adult, their level of communication increases. They feel they can grow as individuals and as a team, so the organisation can get better at enrolling and keeping staff.

A drop in sick days is one of the first indicators, because people are much less stressed and don’t want to miss out.

Sharing leadership is sharing the commitment to a purpose or cause. It’s the ultimate opportunity to get people truly invested in it and eager to play a role. And now, more and more people want a deeper sense of purpose in their work.

When people feel they own and trust what they’re contributing to, they’re excited to talk about it. Whereas in less empowered workplaces, people tend talk about everything but the work.

That’s no-cost marketing! There’s nothing so powerful as feeling united around what you’re doing together: that’s what good branding is about.

In the book, you say culture issues can be a blind spot for leaders. Perhaps this is why so many organisations are still very hierarchical?

This stuff is Greek for a lot of people in corporate environments especially. It isn’t easy to grasp the concept of diving beneath the surface. And it’s easy to underestimate the effort involved in shifting our mindsets.

If a team stays only with the surface issues, they’ll get stuck in an unproductive loop and never address the real problem within their dynamic. Going deeper starts with filtering out the visible niggles and getting the group to talk, without blaming, about how and why they are there and how they feel about them.

It helps to name the climate. Is it silent, fearful, hostile, apathetic? Acknowledging this is the first step to creating the culture people want.

With shared decision-making, we often get much better outcomes than we would with quick decisions from the strongest mind or loudest opinion in the room.

Decision-making is often cited as the reason why shared-leadership models may not work for some organisations. You explode this myth many times over in the book. What can organisations gain from shared decision-making?

The idea that ‘someone (smart) has to decide’ is a hangover from outdated traditions, when factory workers didn’t have any knowledge. And even further back, when people deferred to a ‘higher power’.

With shared decision-making, we often get much better outcomes than we would with quick decisions from the strongest mind or loudest opinion in the room. There’s space to be more thoughtful, reflective, challenging and risk-eliminating.

What frameworks do you find most effective?

There are various models you can use to fit different situations. At Tuff, we’re fond of the concordance technique, first created by Will Schutz. Rather than pushing for a consensus or majority, Schutz’s model seeks to embrace divergent viewpoints and resolve any underlying issues and feelings.

The aim is for the group to arrive at a decision that everyone is truly, not begrudgingly, happy with. The 1957 classic Twelve Angry Men shows this in motion…

Concordance demands a high level of maturity, openness and communication. On the other hand, the consent modeland advice process are easier and usually quicker.

But of course, in many organisations we’ve worked with, decision-making has evolved to suit them. Not everyone needs to be involved in every decision; the key is in trusting those with the knowledge and having the option to influence.

What advice would you give to someone who feels this way of working could benefit their organisation, but is unsure about how to get others onboard?

I would tell them to form a clear mandate and canvas opinion around it — gather allies.

Then state their intention around what the organisation could gain, perhaps as part of a wider change initiative. Also, consider how their working culture impacts on the purpose of the organisation. And how that purpose comes across in relationships and communications.

Do you have a moose head on the table, or indeed elephant in the room? What’s really in the way of your organisation’s purpose and how you communicate it? Take our quick survey

Moose Heads on the Table: Stories About Self-Managing Organisations from Sweden (by Karin Tenelius and Lisa Gill) is available to buy on Tuff’s website (in addition to the Book Depository and Amazon).

Going Horizontal: Creating a Non-Hierarchical Organization, One Practice at a Time – Book Review

Organizations as Communities – Part 2b: Leadership Capacities for Thrivability