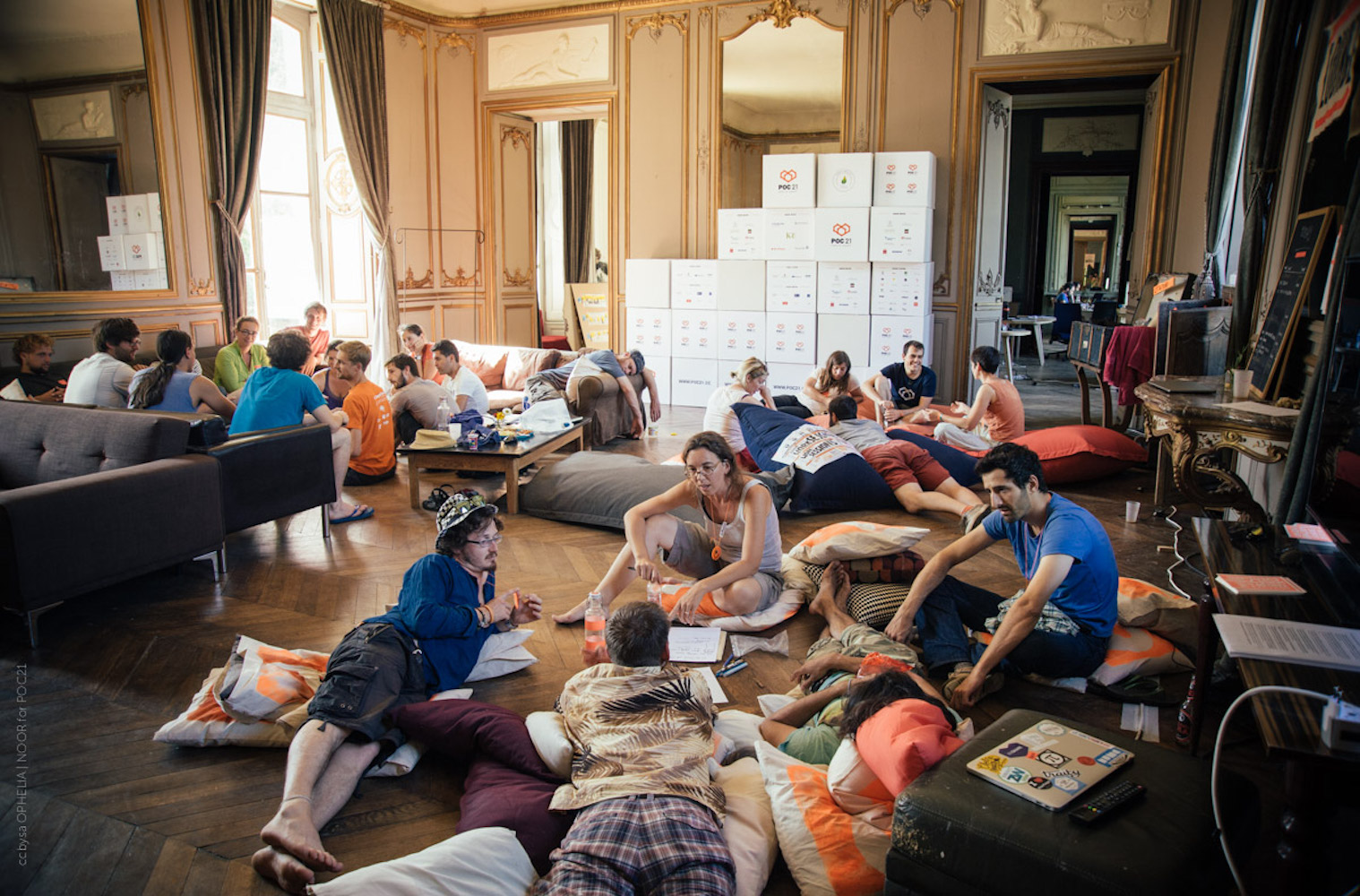 By Derek Razo, originally published by the Namaste Foundation

For the last 2 years, I have had the privilege to work with Enspiral, a network of social entrepreneurs, freelancers and communities, working towards a vision of getting more people working on stuff that matters.

We are experimenting with ways to create an open source society – one where our institutions are deeply collaborative, empowering, and motivated by common good.

In my work, I support many collaborative communities around the world working on new ways of organising and creating social change. I have been blown away by the positive impact that crowds and networks can have. But I have also seen many groups get stuck when they can’t meaningfully connect the people and the resources in their network to unlock their full potential.

It feels like everyone is asking: how can we connect and activate our communities to create more impact together?

Collaborative funding: a new way to work together

Last year, the Namaste Foundation supported Enspiral with a grant to develop tools and practices for building a regenerative economy.

One of the major components of this work was Cobudget – an open source online tool that allows networks, teams and communities to crowdsource and crowdfund great ideas. It’s an easy and engaging process we call collaborative funding – which builds trust, collaboration and entrepreneurship between peers.

Here’s a view of how it works:

First, your group of peers and partners collects money into a central pool. Next, everyone can propose ideas for funding, and discuss/improve them before they are approved. Finally, each partner gets a portion of the funds from the central pool, and allocates them to projects they think are most powerful for the mission of the group.

Through financial interdependence and working together partners build trust—helping the whole group go farther together. Cobudget makes it easy to make your success mine, and mine yours.

Namaste’s support has taken Cobudget through several stages of research and development, and has allowed us to focus on partnering with and supporting on-the-ground communities working on social impact in new ways.

The goal of the POC21 camp was to send a message to the COP21 Climate negotiators and to the world: that we are moving beyond protest, and building solutions to global problems from the bottom up.

There we met activists from around the world building social enterprises, technology and communities to create a regenerative economy. We realized we were doing the same work, but with different perspectives on the system we were working to change, and massively diverse skillsets.

After the event, the Cobudget and Enspiral teams worked together with local partners to help the movement persist and grow. The network that emerged from this collaboration includes ventures building open technology for sustainable cities, collectives focused on changing business, activists across Europe, and over 12 amazing open source communities and projects.

This coalition represents the convergence of the open source and environmental movements into one force.

The POC Community is now producing open hardware and media together, while building a global movement of makers. By pooling money from donations, support from partner organisation and personal contributions in Cobudget, members can continue to find new opportunities to work together, support local initiatives from afar, and share knowledge. In this way, the POC Community is able to support focused internal projects and collaborations across an international innovation community.

To date, the POC Community has supported 13 projects.

Some of our favorites are:

Members of the POC Community funded the development a low cost, solar-powered, open source, portable drinking water station/purifier system. The design is a collaboration between 3 open hardware projects in Europe, and is aimed at addressing conditions faced by refugees and rural communities. The system will be able to scale from a backpack sized water station to clean drinking water for 100 people per day to a larger system for a village. (Funded: $300 USD)

The beta version of our Solar Water Backpack, by Looploop, SunZilla and Faircap, we all met at POC21 and wanted to make open source portable solar powered devices for drinking water. Thanks to the POC21 Patreons for co-funding this project and the POC21 community for the support! More to come soon when we do a hackerthon in Berlin! Credits: CC Music by Jason Shawn

Members of the community paid an internal facilitator to design and host a session on the communities long-term goals after the event. You can watch recordings of the workshop here: Part I, Part II. (Funded: $100 USD)

The community has funded several people to support the translation and subtitling of the POC21 documentary, to amplify the impact of the message of the movement. (Funded: $110 USD)

In the POC Community goals workshop (held online and funded by Cobudget), many in attendance were happily surprised to find that though people have gone their separate ways physically — “this community is still very much alive.” It’s still early days in the evolution of the POC Community, and this just one example of many communities Cobudget and Enspiral are working with to prototype new ways of working together.

Seeds of a better world

It’s remarkable what passionate people can do, and how far resources can go when put directly into the hands of a passionate community.

The Namaste Foundation has been a critical partner for this work. Namaste has supported not only the technology behind this (and other) movement’s development, but also the on-the-ground communities themselves. This kind of ecosystemic gifting helps everyone involved in distributed grassroots work more likely to succeed.

This is just the beginning; the ripple effects of this “ecosystemic” approach will continue to grow for many years into the future. We’re excited to be alongside Namaste in a growing global coalition of people, organizations and movements planting seeds of a better world.