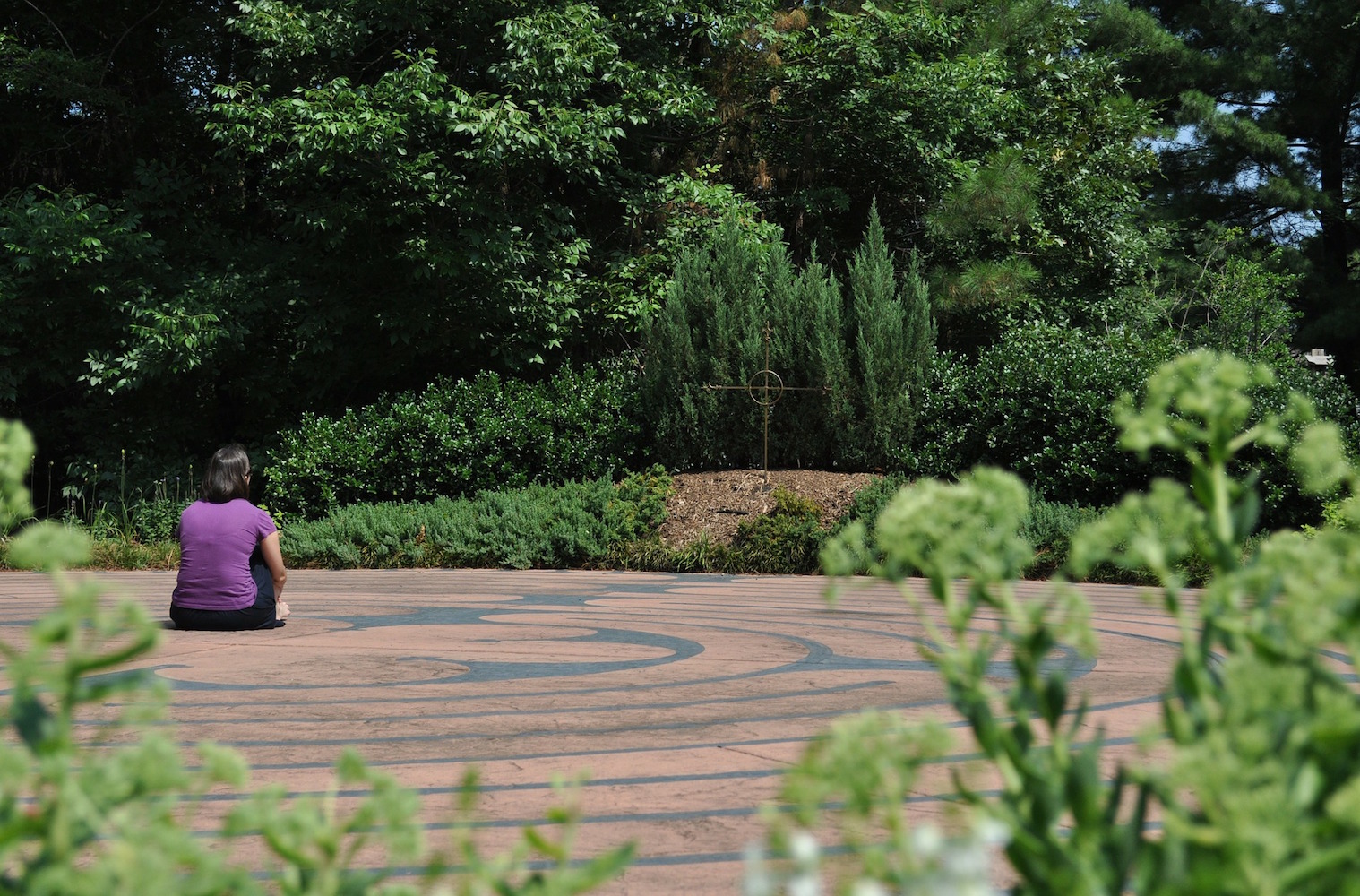 By Joel de Jong and originally published in evolutionatwork on medium.com

A synchronistic partnership with Evolution at Work

Well before Teal practices were defined in the world, the Chinook Learning Community, a small place-based learning center on south Whidbey Island, began gathering in a little old farmhouse on 15 acres to attune themselves to their greater emerging work, the land, and to each other — committing to living on the edge and exploring ways to be generative contributors in the world.

Autumn Preble, who was part of Chinook in the early days of the 70’s and 80’s, says she felt like they were doing these things (referring to Teal practices), well before they knew what they were; operating with

an inspired understanding that drew on truths beyond hierarchical models, though knowing at the same time that leadership, accountability, and results were vital.

The modus operadi for the group at that time was primarily focused on attunement — listening to what was wanted, listening beyond their own egos, listening for what was being called for… listening for their emerging purpose.

After 25 years of inspiring experiences and learning, and in recognition of growing social and environmental challenges, founders Fritz and Vivienne Hull traveled with 12 collaborators to the Island of Iona to attune to their next emerging purpose. In 1997 the Whidbey Institute was born, a 501c3 educational nonprofit in service to “Earth, Spirit, and the Human Future.”

They coordinated new levels of support to build the physical infrastructure on the land needed to hold the learning experiences they sensed were being called for — including a great hall, a woodland sanctuary, and refurbishment of the original farmhouse where everything had begun.

Through the work of many, they expanded to be able to support lodging for 25 people, dining for 50, and gathering space to convene well over 100 on what had grown to 79 wooded acres in an aesthetically astonishing place. With the new levels of complexity, they discerned in the early 2000’s that it was time to intentionally transition beyond founding leadership in a way that could be both mindful and deliberate.

Like many organizations, this transition beyond founders was deeply disorienting.

With a system in overwhelm, even the most intelligent, capable, and well-meaning people were not able to bring the system into balance. Though some Executive Directors were intentionally interim, the organization went through 8 different directors in the span of 13 years. Each brought his/her own noteworthy skills and expertise — whether in program content, retreat center management, or organizational change — but the Whidbey Institute continued to lack the stability to fully attune to the “edge work” that had been at the core of its purpose since the early days of Chinook.

Over time the Whidbey Institute found itself operating primarily as a rented retreat center with a handful of Institute programmatic offerings. When the financial recession hit, this survival structure was no longer a viable form, and

a season of ultimate crisis opened the opportunity to risk becoming what the Whidbey Institute has been most authentically called to become.

Heather Johnson joined the team in 2010 as Program Director. She invited the question: “how do we design structure (lodging expansion, financial viability) in resonance with our deep purpose, culture and practices?” She proposed that they needed an integral approach, “and with an integral approach we need an integral operating system.”

it needed an organizational system that aligns with and models after nature. The question then followed: “Well, what does that mean?”

One month after this clarity, the first version of Frederic Laloux’s book “Reinventing Organizations” was published. With it came a sense of empowerment. Knowing that organizations of different scales, sectors, cultures and languages, around the world, were developing similar awareness around self-management enabled a shift in the conversation from the “implementation of a new-fangled business model” to one of participating in an emerging edge of how humans organize around shared purpose.

The Institute had enough courage and will to take the first leap into this deep and vulnerable unknowing, attuning to the emerging future that would bring the Institute forward. With very little budget and significant volunteer energy, they initially engaged a few hours of consultant support to gather feedback and information to begin explorations themselves. The learnings would come through whatever they could do on their own or what resources would volunteer themselves.

Although the organization had the internal will to persist in this way, it would have to overcome some looming assumptions, such as the socialized stories that there are only two choices of organizational models:

Concurrently, Heather encountered the perception that moving toward a more collaborative leadership structure as a young, female executive director was a sign of deferring power, not moving the organization forward into a stronger and more viable form.

Navigating the fears and assumptions of these socialized stories, the organization chose the route of presenting a standard organizational face to the world with a clear Executive Director, while providing themselves the space and time internally to learn and develop their capacities to make this shift, absent the scrutiny of misperceptions.

Fast-forward four years to the present. The Whidbey Institute staff and board have explored their operations through the lenses of Holacracy, “self-management”, “distributed authority”, “distributed leadership”, and “DDO — a deliberately developmental organization.”

In spite of these challenges, or perhaps through them, the organization has developed remarkable strength, with a committed team of people who have joined together around the deep purpose of the Whidbey Institute. They now understand that the Whidbey Institute exists in service to growing our collective human capacity for generative response to the challenges of our time, and that their work is to “nurture the conditions for transformational learning.” With its identity planted, and the organization now fully supporting the operational shift, it is ready to make the final leap into self-organization with both feet.

I use the term self-organization for two reasons:

1. Self-organization is the primary evolutionary principle of the universe. It best articulates an organizational structure modeled after nature.

2. Self-organization is the frame used by Evolution at Work, the consulting firm that is partnering with the Institute to make the final shift.

The meeting between the Whidbey Institute and Evolution at Work was synchronistic. Evolution at Work’s purpose is to equip people and organizations on the transformational journey into self-organization. It was looking for a U.S. home to host workshops and programs. The Whidbey Institute has recently expanded its lodging capacity to 40+ beds, campus to 100+ acres and is expanding its partnerships with purpose-aligned organizations.

Now that both organizations have found each other, the mutually beneficial relationship is sprouting. The Whidbey Institute has engaged Evolution at Work’s expertise to help complete the shift to self-organization, including a reinvention of board roles and accountabilities.

In reference to the board shift, Heather says, “This requires tremendous courage for a group of people who are liable for the health and future of an organization. Being willing to say, ‘yes’ to an organizational structure that they don’t yet fully understand, but through attunement and listening, are willing to learn, is an act of bravery and trust.” It also brings the founders’ practice of attunement to the core of the organization.

Evolution at Work, in turn, has committed to the Whidbey Institute as its U.S. home for providing workshops, retreats, and certification programs for people and organizations making the conscious shift into self-organization. The first Introductory Workshop to the Language of Spaces, Evolution at Work’s signature framework, launched in November.

Heather and the board are excited about what’s next and about moving beyond ideas of what a self-organized system is into a shared understanding of what it really means. Heather says, “We have been in the belly of the beast for quite some time. We have emerged with greater clarity. Now we need to operationalize in service of our purpose. My greatest hope is for resonance and coherence to that end.”

Global Teal Meetup for the Americas: Belonging At Work