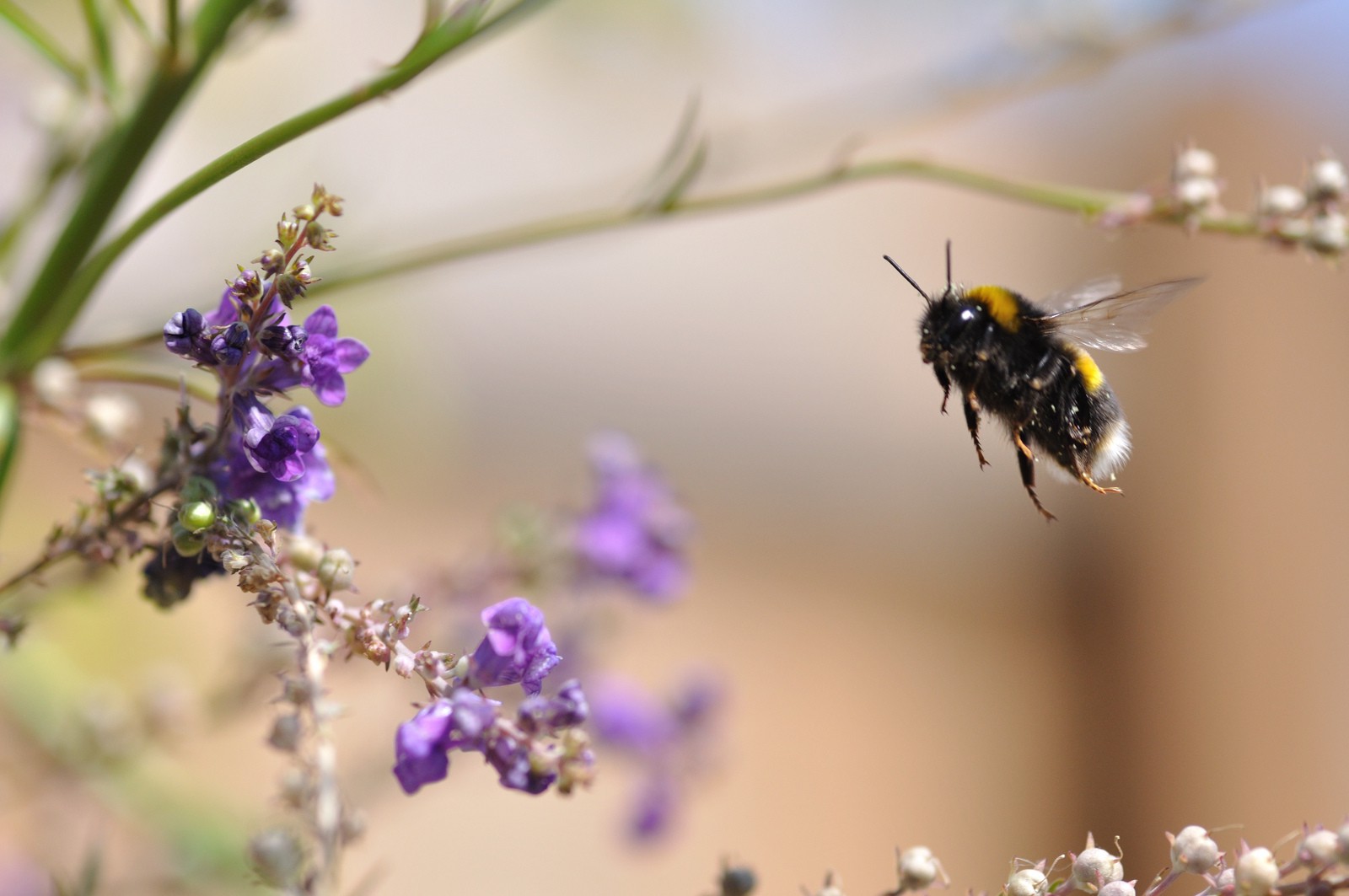 Written by Connor Turland and originally published on Medium

Every act of communication is an act of tremendous courage in which we give ourselves over to two parallel possibilities: the possibility of planting into another mind a seed sprouted in ours and watching it blossom into a breathtaking flower of mutual understanding; and the possibility of being wholly misunderstood, reduced to a withering weed. — Maria Popova [1]

Communication across boundaries. A simple statement, but a wickedly complex challenge. This post is a high level exploration of the multitude of ways this challenge shows up, and some of the tactics to address it. It draws on my recent experience at a 2 day grassroots gathering in Oakland, California, of individuals representing numerous software projects, and other more culturally oriented initiatives.

Those gathered have all been exploring how distributed collaboration can work, and are all interested in finding ways to work with one another, so this challenge of communication was simultaneously a thing occurring, and the thing under discussion (which is also true for this post). Not surprisingly, the importance of communication increases as people try to work together, to collaborate.

Sitting at the gathering, I remember feeling particularly attuned to moments where something got “lost in translation”. Sometimes there was a clarification made, other times there wasn’t. Without that shared understanding, where can we go together? Not far. How does the traditional organization face this? All too often, by getting everyone to think the same way. But is there another way?

Without that shared understanding, where can we go together? Not far.

First of all, I invite you to consider phrases and examples used in this post broadly, when they are regarding language. Phrases like “speaking different languages” are meant metaphorically, not literally. I am talking more generally, about whether there is a successful, or unsuccessful, transmission of meaning between two parties.

Let’s imagine we have 5 different people that speak 5 different languages. There are a number of options for converting from a group that can’t communicate into one that can. 1. every individual invests into learning an agreed upon language

The key word in this model is “agree”. Given the likely loss of regular use of their native language, this model brings in a power dynamic from the beginning. It feels high stakes because the idea of communicating seems to come at the expense of one’s own unique way. It only takes one person disagreeing to make this plan go sour. 2. every individual invests into learning every language spoken by someone else in the group

So in this model each person needs to learn 4 new languages. While eliminating the need for agreement upon one language, each person knows that each other person has committed to learning their language, so they will have opportunities to speak it still. Obviously, the workload of learning 4 new languages is massive, so this is still a very intimidating approach. It becomes questionable whether the group will actually have any time to get any work done, as all of their time will be taken away into the work of learning to communicate.

3. recruit one or more translators that cover translations between any two given languages

This model breaks down the need for any person to learn the language of any other person, and allows them to start communicating with one another immediately. While it does mean that they can get straight to work, individually and collectively, it also means the loss of immediacy with their group, as all of their communications are having to go through a translation process.

So now that we’ve considered these three options, we can see that they each have considerable challenges, but they each also have advantages. Without getting too technical, I’ll still share that the above conversation is truly relevant to the discussion we were having at the gathering about“interoperability” (which means “able to exchange and make use of information”) between our software platforms.

There seemed to be proponents at the gathering of all three different models for enabling that communication, which in itself, made it difficult at times to see a clear path forward. So I will simultaneously make a recommendation to that group who gathered, as to how to proceed with collaborating together, and to anyone else looking to communicate across differences, across boundaries:Do all 3 methods in parallel.

Getting to this place won’t happen all at once, but all three approaches can at least be set in motion, and all parties put an emphasis on growing diverse approaches to communication.

One key reason to do this is balancing unity with diversity. Humans are extremely sensitive to the suppression of their unique ways, and yet, paradoxically, we seem to innately long to belong to something much bigger than ourselves. The creation of one common, shared language represents the latter, while the sustaining of one’s one native, and unique language represents the former. So what role does each model play?

They each fill a certain need in terms of timing. There’s a resolution of the age old dilemma regarding ‘whole sale solution design’, or a solution that is ‘calibrated to the available infrastructure and needs’. #3 is the short game, to get things going. It is comfortable and safe for everyone. #1 is the medium game, where the time needed to make an agreement can be taken, or to co-design the language that you wish to all speak.

Only then, it begins to get spoken alongside the original languages, to minimize translation and simplify communication. #2 is the long game. #2 is so important because it is where we learn about one another’s unique ways, and learn to empathize and leverage a different way than our own.

So far, we’ve talked about how this model applies to an actual group of people literally speaking different languages, and also to a collection of software projects, looking to become “interoperable”. But what about other applications?

In my understanding, the lack of effort towards understanding and empathizing with one another, represents one of the greatest barriers to a world that works better for more people and other life. So many things exist and act in silos: people, organizations, research, ideas, nations.

“Silo” means “something isolated (one system, process, department, etc.) from others.”

What is needed is an increased amount of meaningful lateral connectivity between existing things, not new things! This three aspect model for improving communication could be used to

Let’s take a really quick look at the example of romantic partners and see how the three modes might apply. The idea of Gary Chapman’s “5 love languages” is that many relationships feel like a struggle, simply because people tend to want to express, and receive love differently than one another.

Let’s say that Robert and Mark are in a relationship where they are often feeling quite misunderstood. They read the love languages book and see that they are speaking different languages. Gary Chapman has already been “recruited” like in #3 to act as a translator. Perhaps they need more help, so they also go to counselling, where their counsellor helps translate misunderstandings safely.

After learning one another’s preferred languages, they both begin to make attempts to express themselves that way. This is #2 in action, learning one another’s languages. Over time, they both start to find that the love language of ‘acts of service’ works really well for both of them, and it begins to take a main seat in their relationship. This is #1 happening organically, finding or choosing a common language.

If you have an example in your life that needs this kind of bridging action, try to use the above example to ground what kind of different actions you might be able to take that might seem very different, but apply the same principles.

The Intelligence In Between

I have heard many times, from many different people this year, that being able to work with differences is a core skill to collaboration, that generally we are sorely lacking in. It is absolutely crucial that we find ways to get on the same page, but also crucial that we do so without homogenizing the differences. Most recently, I am reading about the work of Dawna Markova and Angie MacArthur, written up in the book “collaborative intelligence” [3] which focuses on “intellectual diversity”, the different ways that we think. In it, they say:

We blame and belittle one another and ourselves because we have not been trained to notice the effect we have on one another or to fluidly shift the ways we communicate to accommodate others. We take for granted that intelligence occurs within our own minds. We don’t realize that it also occurs *between* us.

I hope that as you go away and find yourself participating in relationships or within an organization you will keep the 3 strategies in mind, and start using them to notice, and amplify, the intelligence in between. 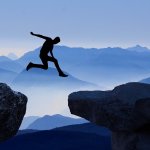 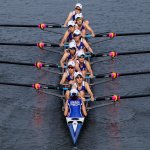 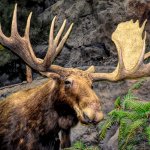