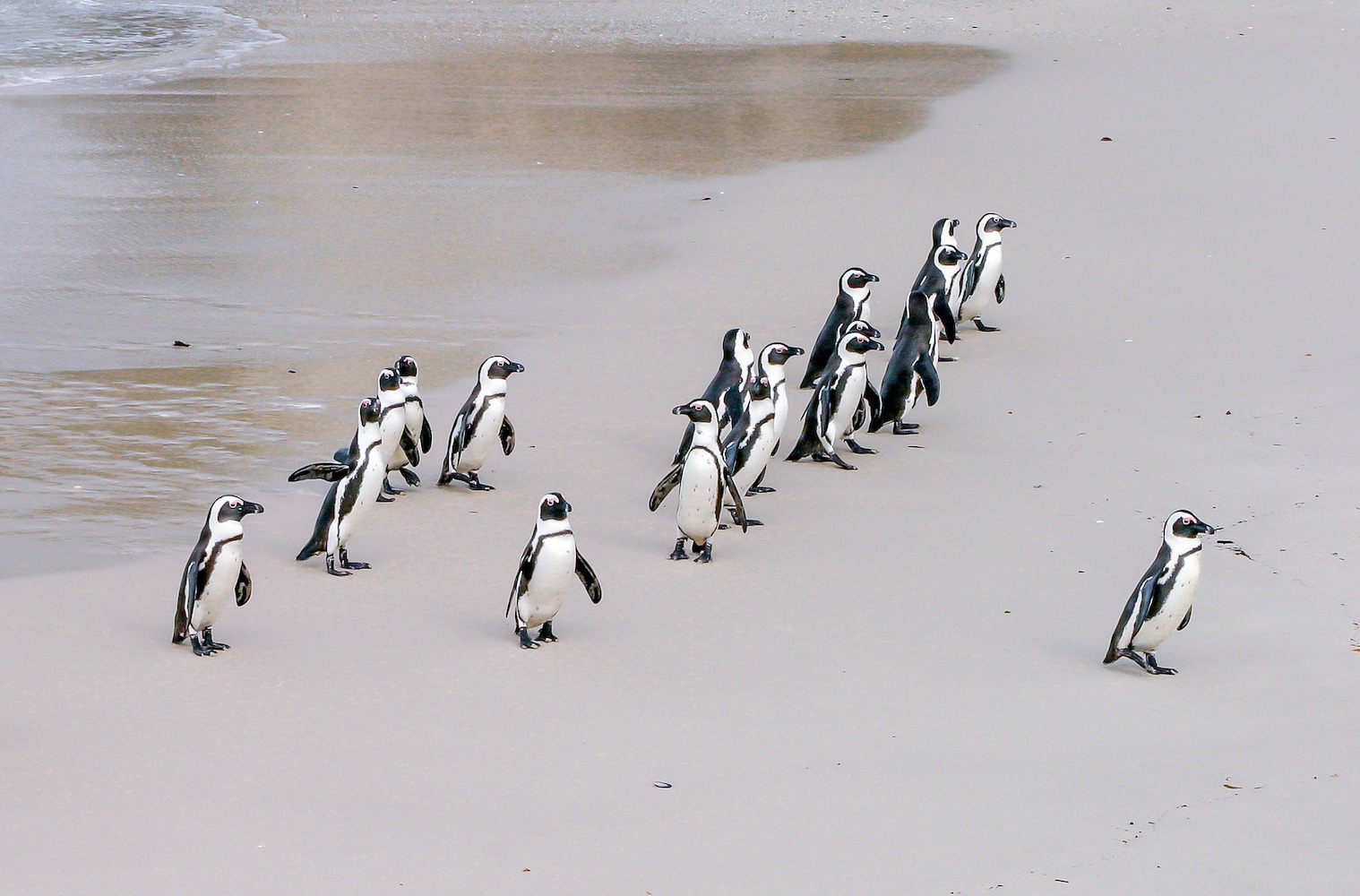 By Corporate Rebels and originally published at corporaterebels.com

These are 8 powerful questions. Gary Hamel confronted us with them last month at the Global Peter Drucker Forum 2018 in Vienna. The speech that followed was arguably the most powerful at this year’s Forum. It’s one you should hear too. Here is what followed:

“None of this is OK, not by a long shot, but we shouldn’t be surprised. Our organizations were designed to be inhuman. As Max Weber noted more than a century ago, “Bureaucracy develops the more perfectly, the more it is “dehumanized.” By that measure, our organizations should be pretty damned perfect by now, but they’re not.

As a result, our organizations are less adaptable, less creative and less inspiring. In other words, less human, than we are. And it’s getting worse. Since 1983, the size of the bureaucratic class—the number of managers and administrators in the U.S. workforce—has more than doubled, while employment in other categories has grown by only 40%.

Drucker thought bureaucracy would contract as the knowledge economy grew. In 1988 he predicted that by 2008, “the typical large business would have fewer than half the levels of management of its counterpart at the time, and only a third as many managers.” Well, that didn’t happen.

If we’re stuck, it’s not because we lack role models. We have enough exemplars to know it’s possible to buy the blessings of bureaucracy duty-free. You can achieve control, coordination and consistency without consuming 30% of human labor in bureaucratic paper shuffling. And yet our organizations are still riddled with bureau-sclerosis.

Why? Because—and we need to take responsibility here—we’ve been insufficiently honest about the cost of bureaucracy, insufficiently brave in confronting those who defend it, and insufficiently creative in crafting alternatives.

In 1988 Peter Drucker predicted that by 2008, “the typical large business would have fewer than half the levels of management of its counterpart at the time, and only a third as many managers.” Well, that didn’t happen.Click To Tweet

So let’s start by being forthright about what bureaucracy costs us. My colleague, Michele Zanini, and I estimate that if we reduced the bureaucratic burden in OECD economies by half, we’d add $9 trillion to economic output. These are the direct benefits from doubling the average span of control and cutting bureaucratic busywork in half.

The indirect benefits, though hard to quantify, would be even greater. Friction conformity, insularity, rigidity, apathy, politicking—these are the hidden costs of bureaucracy, and few organizations have a way of measuring them. That’s a problem, because what doesn’t get measured doesn’t get attention. That’s why we created the BMI—the “bureaucratic mass index”—an instrument that dimensionalizes bureaucratic drag.

Having calibrated the cost, we need to take on the apologists. Though few executives admit to being fans of bureaucracy, fewer still seem genuinely committed to killing it. We shouldn’t be surprised.

Bureaucracy is a massive, role-playing game. If you’re an advanced player, you know how to deflect blame, defend turf, manage up, hoard resources, trade favors, negotiate targets and avoid scrutiny. Those who excel at the game, unsurprisingly, are unenthusiastic about changing it.

Yet it’s impossible to dismantle bureaucracy without redistributing authority. We have to face the fact that a post-bureaucratic organization is also a post-managerial organization, where power is no longer calibrated by headcount, budget and decision rights.

It’s impossible to dismantle bureaucracy without redistributing authority.Click To Tweet

I’m sorry for being blunt, but I’m in good company, here.

Unless we’re willing to be similarly honest and forthright, we’re part of the problem, not the solution. But before challenging others, we need to challenge ourselves. In what ways are we still paying allegiance to the bureaucratic confederacy?

To get a glimpse of the belief structures that prop up the old model, let’s examine one of its pillars—the professional HR establishment. Perhaps you’ve heard the phrase, “human resource management.” This formulation is unobjectionable except for two words: “resources” and “management.”

What’s toxic here is the notion that people are mere “resources,” rather than multi-faceted human beings, and the assumption that they are incapable of doing the right think without being “managed” from above.

Most of the post-bureaucratic vanguard were born that way. Even when they weren’t, it’s nearly impossible, years or decades later, to recreate the step-wise process through which they built their distinctive management models. This creates immense problems for anyone who wants to replicate a model like Haier’s. There’s no way to cut and paste.

But if we step back, we can see that post-bureaucratic companies are an artful integration of three organizational forms:

Well that’s jolly nice, you may be thinking, but;

Many leaders face what I call the Gorbachev problem—they’re advocates for perestroika and glasnost, but are stymied by the very bureaucracy they’re trying to dismantle. How do you convince members of the nomenclature to give up a big chunk of their authority and start acting like mentors rather than overlords?

Point is, you can’t, not by yourself, even when you’re a head of state—there aren’t enough hours in the day. In a battle between a progressive leader and an entrenched bureaucracy, bureaucracy is going to win 9 times out of 10—ask Pope Francis.

We need something that routes around the old power structure; that builds a coalition of the willing; that is revolutionary in intent and evolutionary in execution.

Imagine if we encouraged everyone in an organization to think about how they could replace bureaucracy with more human ways of working—within their own teams and beyond.

In a battle between a progressive leader and an entrenched bureaucracy, bureaucracy is going to win 9 times out of 10. Ask Pope Francis.Click To Tweet

A few years ago, I and a few colleagues set out to do exactly this. In one early test, we invited 3,000 people from a global clothing brand to join an online hackathon. Each week, for eight weeks, we introduced a new post-bureaucratic principle in a MOOC (Massive Open Online Course), and then asked, “what would you do to make this principle come alive in your organization?”

Team members contributed more than 900 management hacks which were evaluated by their peers—10,000 reviews in all. Twenty of the best ideas were turned into experiments. At the moment, we’re conducted a similar exercise in a business with 70,000 employees.

What’s novel isn’t the notion of collaborative innovation, or the idea of experimentation. What’s new is creating an all-hands process where change is socially constructed, and rolls up, not out. This is the antithesis of “change management”—an oxymoron if ever there was one.

Whether you’re a CEO or a front line team member, going to war with bureaucracy takes guts. But it is, as Tom Peters pointed out 26 years ago, a war of liberation.

Aristocracy, slavery, patriarchy—these institutions were inhuman at their core. Each was an iron cage—and not always metaphorically. My point: deeply embedded social systems can be changed.

Yet when you look back, you realize these social cankers didn’t yield to utilitarian arguments. In each case, the strong, hard wedge that cracked the foundations of the prevailing social consensus wasn’t a pragmatic argument, but a moral one; not “this doesn’t work,” but “this is wrong.”

It’s time to admit what we have long known to be true: our organizations are at odds with our values— in how they treat the human beings whose lives they consume.Click To Tweet

Institutions change when we change; when we trade resignation for indignation. It’s time to admit what we have long known to be true: our organizations are at odds with our values—not just in how they foul the environment, misuse our personal data, or corrupt the political process, but in how they treat the human beings whose lives they consume.

When this conviction becomes fixed in our hearts and, when we surrender our interests in protecting the status quo, then we’ll have the chance, at long last, of building organizations that are as amazing as the people who inhabit them.”