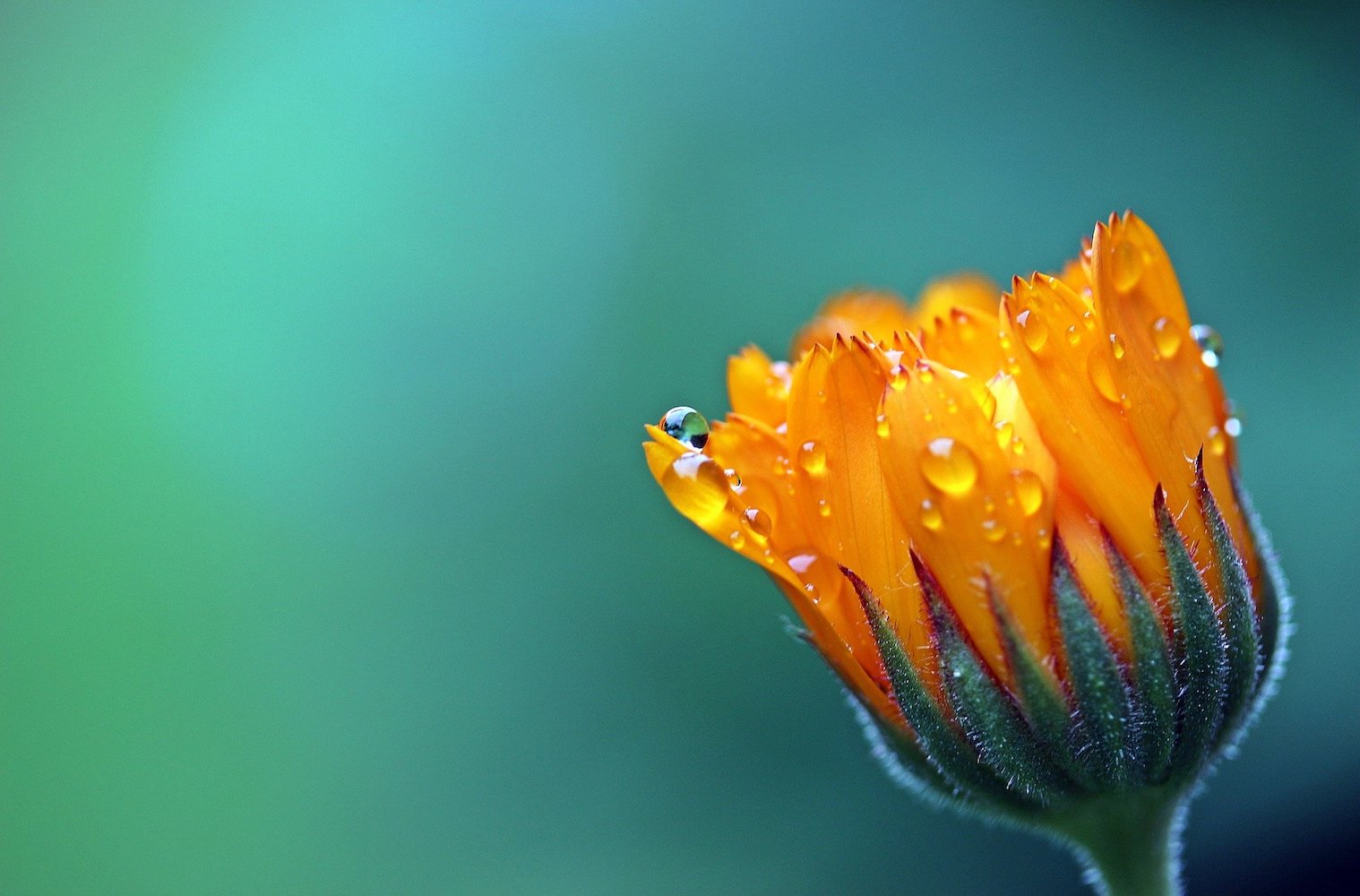 Escaping the Prison of Orange

By Ken Kopelson for Enlivening Edge The other day I read an article in Forbes by Dan Pontefract titled “What is Happening At Zappos?”

In this article, the author attempts to analyze the recent switch to Holacracy made by the American online shoe company Zappos. While there are a number of things that concern me about this article, the one thing that jumps out at me the most is where the author critiques Frederic Laloux’s book Reinventing Organizations by saying:

“The case studies used did seem to define Laloux’s so-called ‘Evolutionary-Teal’ organization rather well, but self-management, wholeness and evolutionary purpose as a basis for business reeks of cultist cuteness, not an organizational design model that delivers both profit and purpose. Any organization looking to shift to ‘Teal’ might want to first start with their existing operating culture.”

This isn’t the first time I’ve heard the word “cult” used in connection with organizations that implement self-management practices. What bothers me most about this is the fact that typical cult practices are actually 100% diametrically opposed to the thinking and methods of Teal.

As I thought about why people would make this fundamental mistake, it occurred to me that the reason those from a traditional company mindset may think of Teal principles as “cultic” is precisely the same reason that freshly released prisoners find it hard to function in a free society. In a word: institutionalization.

Though I’ve never been to prison (thankfully), I’ve watched plenty of great movies on the subject, Shawshank Redemption being one of my favorites. When new inmates first arrive they get to meet the “CEO” of the prison, otherwise known as the Warden. Here they are told the rules of the institution and are then led through an induction process. They receive their corporate uniform (often of an orange color), and are led to their cubicle (cell) where they meet their new “work” mates.

Over the next days they will learn the culture of the place, who the “top dogs” are, who they need to avoid, who they need to please, and they will be given a job to do. If they are new to the prison system, this job will typically be on the bottom rung, though they will have opportunity to advance to more preferable jobs as they move up in rank.

In prison, the Darwinian principles of “survival of the fittest” are strongly evident, as competition is fierce amongst all the workers (inmates). When the managers (guards) call a meeting, all the workers are compelled to attend. Each worker is expected to follow the daily routine, which is strictly specified. This includes lunch time, mandatory social gatherings, and strict shifts with specified ending times.

Anyone that has ever worked in a typical “orange” company sees the parallels immediately. Both prisons and typical companies strive to remove the human element from within their respective institutions, and instead insist on obedience and efficiency for the sake of the ultimate organizational purpose. While companies may not come right out and say they demand obedience, just see what happens if a lowly worker questions the decision of an upper manager. Being “written up” for insubordination is certainly not an uncommon thing within the corporate world.

After years within these systems, people become quite accustomed to the way things work. They learn to yield their human abilities of self-thinking and self-management to those who are charged with running the place. They merely show up at the designated place at the designated time, perform the designated task as best they can, and if all goes well they will continue to maintain their lifestyle.

This is the institutional mindset of prisoners, cult members, and typical company workers. When long-term prisoners are let out of prison, they very often have no idea how to manage their own lives. Just like other captured creatures who forget how to live in the wild, they forget how to thrive in a free society.

The similarity to cults

It’s also interesting to note that the root word for “culture” is the word “cult”. In our modern vernacular, when we say something is a “cult” we mean it in the sense of excessive ideological organizations that use mind control techniques to enrich the leaders at the top by harnessing the time and skills of everyone else as much as possible, while giving these same individuals as little as possible in return.

On several occasions, I have heard people level the accusation that Teal mindset robs a company of its ideals and because there is a prescribed protocol for getting things done, this somehow creates a cult-like environment.

The truth is, Teal mindset actually sets an organization free from the Orange cult mindset that cleverly masquerades as something healthy and good. In our free society we have prescribed protocols for functioning, which includes communicating, making decisions, and resolving conflicts. The key aspect common to all of these is the fact that people independently decide if and when they will use these protocols. For example:

Our free society is filled with examples where we follow accepted protocols to get things done. We all generally agree on these protocols, and because of that a highly distributed network of self-managed individuals just make it all work.

So what are some of the demands made on prisoners, cult members, and those working in typical Orange companies? According to an article on Post Incarceration Syndrome by Terence T. Gorski:

Institutionalized Personality Traits are caused by living in an oppressive environment that demands:

Clearly, these same demands exist within the vast majority of today’s Orange companies regardless of size. Companies that operate on a Pluralistic-Green mindset may very well avoid some of these institutional demands. While this is a step in the right direction, until all these demands are eliminated and the full humanity of all members is restored, some form of institutionalization will likely continue to exist.

One major difference between Orange, Green and Teal organizations is in the way decisions are made. While Orange companies employ a top-down decision making process, Green organizations employ a bottom-up process where the needs of those at the bottom are strongly considered by those making the decisions at the top. The Evolutionary-Teal organization, on the other hand, employs a decision-making process that is neither top-down nor bottom-up, but instead proceeds from all members equally.

So how do you begin to break institutional thinking? I believe it starts by asking people to take collective responsibility for the group’s success.

To imagine this in a prison setting, picture a situation where the warden still exists, but only as a positive and helpful coach for all the inmates. Then imagine that all guards are eliminated. In such a situation, if all the inmates maintain their same institutional mentality, it is clear that existing power structures within the prisoner population will likely remain the same, where the top dogs remain on top. Finally, imagine that the inmates are given the following purpose:

“The purpose of this prison is now for each prisoner to be safely released on parole. Each prisoner can enhance their own early release by helping their fellow prisoners advance to a positive societal mentality and behaviour. The more you help others the more you will help yourself. If you need some resources to help you, just request it. Your release from prison is totally based on everyone working together for each inmate’s rehabilitation, and convincing the astute parole board that the change is real.”

So what is likely to happen in this scenario?

In all cases of innovation, which this certainly is, you will generally have three major groups responding to it: those who eagerly take it onboard (early adopters), those who are wary of it but are willing to give it a try (majority), and those who are totally against it (laggards).

In this prison scenario, as a first step it may make sense to separate those who are totally against it from those who are either for it or willing to cautiously try it. This will allow things to proceed without the likely “poisoning of the well” influences exerted by those who are against the innovative changes.

Going down to go up higher

The same goes for an existing company looking to migrate to a Teal way of operating. This was the case recently at Zappos, where CEO Tony Hseih gave the ultimatum to all employees that if they weren’t onboard with Holacracy they weren’t welcome to remain at Zappos. Roughly 14% of the Zappos workforce turned in their resignations, which is surprisingly close to 16%—the predicted size of the laggards in Roger’s Bell Curve.

From this, we can reasonably conclude that if an existing company wants to migrate to Teal, they may indeed face a similar percentage of employees that want no part of it. The truth that makes this palatable is the fact that in order to walk from one mountain peak to another higher peak, you have to go downhill a bit first.

Whether you’re starting a new Teal-based company from scratch, or migrating an existing company to Teal, if you want to grow as an organization you need to hire more people. For traditional Orange companies, the main objective is to find people that have the right skillset with a proven track record working at previous jobs.

In this traditional context, it’s as if the “company machine” needs a new machine part. So not unlike going to the store to buy widgets, various candidates are reviewed and the one with the best fit is purchased.

Since people are trained to think like parts in a machine from the time they enter primary school to the time you encounter them at their first interview, finding the right people for Orange companies is not all that hard.

Because the HR departments of Teal companies look to hire the whole person, many other human aspects need to be considered, and what constitutes a “right” person is harder to ascertain. In this context, how a person thinks is much more important than it is in the lesser-evolved organizations. This includes how they think about themselves, others, work, the workplace, socializing, purpose, teamwork, and even life itself. In fact, within a Teal context the very term “Human Resources” seems profoundly inadequate for embodying the new mentality of seeing team members as “complex cells” within an organism.

Because Teal companies look to hire the whole person, many other human aspects need to be considered

If candidates are strongly institutionalized, they will likely find it challenging to thrive in a truly self-managed environment. Therefore, new and innovative approaches to hiring and training become crucial to effective workforce scaling. It could even be argued that a vital part of reinventing organizations includes a fresh new approach to all aspects of HR, beginning with its name. Ken Kopelson, from New Zealand,  is a seasoned software engineer, visionary, writer, screenwriter, poet, philosopher, speaker, composer/pianist, and startup entrepreneur with a passion for helping to make the world a better place. Once he learned about Teal organizations, he never looked back and is now committed to help get the word out for the betterment of all.

Featured Image by Myriams-Fotos from Pixabay