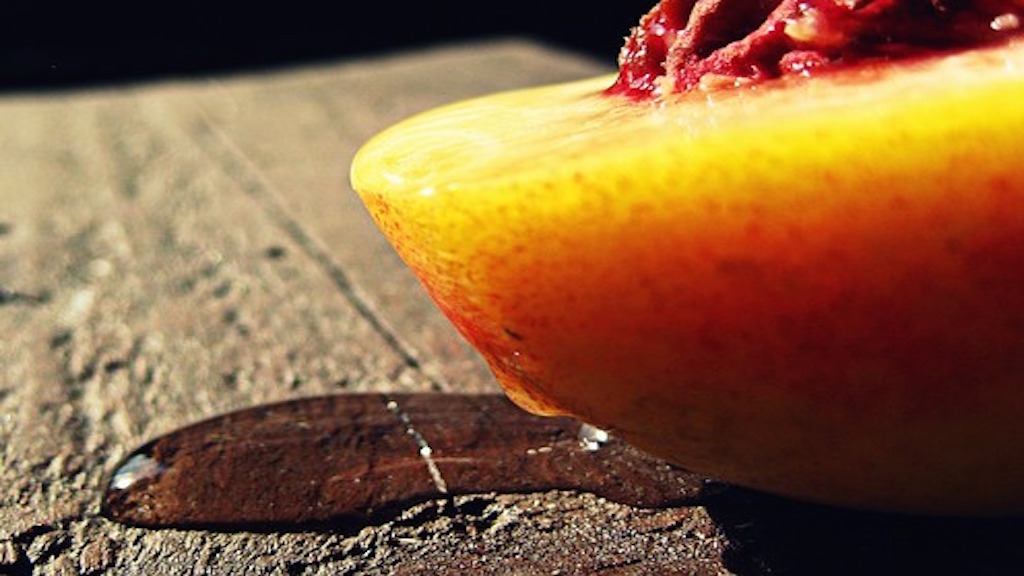 What’s Eros Got to Do with Reinventing Organizations? IEC Workshop Report

Eros is that juicy energy of attraction, playfulness and creativity that humans experience in all kinds of contexts. So what does this particular energy have to do with organizational development and the movement to Reinvent Organizations?

Recently, at the Integral European Conference, I discovered it might just be a vital ingredient in the fuel that drives next-stage organizations. In one workshop, Hilary Bradbury, Dana Carman and Heidi Gutekunst engaged us in creative inquiry for Teal organizations around the question of Eros/Power.

I was one of 30 people who participated in a session that guided us through practices for creating a greater sense of connection and intimacy.  Presenter Hilary Bradbury is a scholar and co-author of the critically acclaimed Eros/Power: Love in the Spirit of Inquiry. Her work with William Torbert offers a scholarly practice space for transforming human relational darkness into light.

Dana Carman and Heidi Gutekunst then added their talents to the session. Dana is an expert in human and organizational transformation. Heidi is co-founder and CEO of Amara Collaboration and has worked in advertising agencies in leading positions.

We began by working in triads, becoming very present to each other through looking into each other’s eyes in a first taste of “Relational Action Inquiry.” Then each of us in the triad spoke about what was present for us in the moment. The other two listened with their whole bodies, then mirrored back what they had heard. A warm, connected sense of presence emerged, deeper than the habitual sense of relating to new people.

We followed this by bringing awareness to Eros energy through an exercise where we mindfully chose the most desirable chocolate from an exquisite selection. The point was to notice our patterns of acting on desire. Do I dive in or quibble…?

We moved into another exercise—a silent movement practice in inter-gendered small groups—that helped us recognize how the predatory, ego-centered form of desire arises, and the discomfort of how it feels to be on the receiving end of that.

I felt openness, intimacy, humor, and friendship in this conference room. Even though the conversation touched on edgy subjects, the feeling was playful more than overtly sexual, which meant the space felt safe. I was struck by the vulnerable connections we made, and—under the lead trio’s guidance—surprisingly quickly.

It reminded me of my conviction that creating interpersonal spaces that cultivate Eros in a contained way would contribute to remedying the soullessness of machine-like work environments. As Hilary Bradbury stated (in a post workshop communication):

At the later developmental stage (or action-logic) that we call “Teal” there is a transformational way of working with power.  In his earlier work Bill [Torbert] calls it “liberating disciplines.” We now call it Eros/Power, as it is the place where eros is liberated as creative, sexy collaboration among groups of people. We see that this practice of power-with-others is consistent with latest stages of adult maturity which we also measure using the Global Leadership Profile.

Eager to dive more deeply into the subject, I interviewed the presenters. Following is the enlivening conversation I had with Heidi and Dana.

Andy: So how did you make this connection between Eros energy and organizational development?

Dana: I’d been working as an organizational consultant for the past 20 years and the majority of my work has been with healthcare organizations. We weren’t just working with systems and structures, we were also working with cultures and mindsets where the CEO was ready for something else. In fact we’d been helping organizations move into Teal even before the concept was newly-named.

Now, when I look back, the organizations that were really successful were whenever there was a woman CEO (70% of the healthcare workforce in US is women.) Or there was a male CEO with empowered women around him, and in whose teamwork I could feel the Eros flowing in a clean way.

I was able to work with a number of such successful management teams. I felt this personal and creative relationship where the energy and humour flowed as a deep breath of fresh air. Issues were acknowledged and resolved honestly. That’s when I first realized “Oh, this is a secret weapon! Unleashing this juicy energy is what helps organizations flourish!”

By the way, when I had male CEOs who were convinced of their opinions, who only trusted experts and who only had women in their team because otherwise it would look bad, they never seemed to fully open up and embrace their creativity: they never had what I consider full-on success.

Andy: So why is Eros energy important?

Heidi: Well it’s the very life-force energy itself; it’s synonymous with creativity and you can approach it from so many different levels. It starts as something that can be cultivated within oneself. But it’s also inter-subjective and creates human bonding.

If you’re in a leading role and you’re able to embody it, you can infuse it into the entire system, making that system more creative, more productive and also more fun, playful and humorous. The key to working with it is all about boundaries, how to push into the edgy zones without going over them, so the space never feels unsafe. It is tricky, but there is just so much juiciness available when you find it!

So in the advertising agencies that I’ve worked in, I’ve been leading teams that became internationally-awarded and I can say that every time I’ve been part of a successful team, Eros was flowing.

For example, when I was CEO in a creative agency I was taking the company through a process towards self-organization before I had read Laloux’s book and without any consultants. It was intuitive for me. And we had managed to create a very open culture. It felt safe for everything to be discussed.

And yes, there were times when the conversations would get a bit naughty. I remember driving to a presentation and the whole way there our team was joking around, translating “dirty” words into Swedish from Finnish! This was our way of brainstorming a name for a new bakery brand. We started with the dirty words to open the creative space among us.

I’d say we rode that energy in a very playful way; it was like a fuel for becoming even more creative. We’ve also seen that whenever Eros played out in unhealthy ways the whole atmosphere became stuck, deflating, and a bit gross for everyone involved.

That’s why inquiry is the vital ingredient in releasing a healthy flow of Eros. When it flows, we call it Eros/Power because of its deeply collaborative power.

Dana: So Heidi had discovered these principles in her work, and I’ve been acting as a capacity-building consultant. Without using the terms Hilary and Bill articulated within a developmental understa

nding, we’d in fact experienced both the safety and the edge that enables this explosion of creativity.

It’s like creating the conditions for people to be able to fall in love with each other, to express all of who they are in service to something larger. So it’s like we’ve been doing it anyway. What has furthered this is that we’re now collaborating with Hilary and Bill. Their work articulates more of the landscape. We’re experimenting with that in these workshops, going further together.

So coming back to the Teal movement: this is the fuel, the oxygen.

Andy: If you’re working on liberating the heart and the earlier instinctual energies, won’t this to some degree mean working with people’s trauma?

Heidi: The ability to help people through the difficult stuff depends upon the depth of the relationships within an organization that fosters these supportive environments. That’s where Teal comes in–creating an organization of trust. As consultants or CEO’s we won’t become psychotherapists; that’s another field.

We can help them to a level where they can work on themselves or find the help they may need. From my personal experience as CEO in a small company I had a relationship with the people there where I could help them move forward. Sometimes both men and women wanted to talk to me and were able to open up and even cry at times.

Dana: Heidi, it sounds like you had an enormous amount of trust in the workplace relationships that enabled you to play with the boundaries. I think that’s part of the Teal space. You make spaces where you can experiment. You make spaces and you say, Here are the boundaries. You create a container, and then you play with the energy that wants to flow.

Andy: So it seems authenticity is key here. In the Enlivening Edge team we’re realizing how the more we’re real with each other, the greater the trust we’re building. These silos of work/friendship/play just start melting away and we’re in an environment where we’re just human beings trying to do something together and working on whatever is coming up.

Dana: Yes, when you take more risks, it allows for more bonding and more safety. I’ve experienced working deeply in organizations, and I’ve seen how to make containers where people can really choose the level they want to work at. How we do that depends on the context and the level of awareness of the team and of the CEO.

Andy: So could we say that the work is about liberating the earlier, instinctual, and sexual energies?

Dana: To some extent yes. Usually in business what lies in the shadow is everything below the head. So our focus is first and foremost on opening the heart. We’ve seen that this vulnerable power of Eros doesn’t flow if the heart isn’t open.

It’s all about integrating the head, heart, and instinctual life energies

I am thinking of a leader I worked with some years ago who assessed as having a later level of development. But his energy was suppressed. Even though he wanted to empower others, he had this competing desire to stay in control. I felt all sorts of suppressed emotion. So we can say Eros was in shadow. There was unhealthy stuff going on in the company that ultimately undermined things.

Like Hilary says, Eros is really what people are obsessing about, but we don’t easily have conversations that actually make a positive difference and release that obsession into fruitful creative inquiry. So this effort in organizations and workshops is to shine a light on this material and actually harness it in a way that really can make a difference.

The first step is just naming this stuff, which already releases energy. In the present culture, it’s not normal to talk about it. But the point is that it’s already there! It’s life itself.

So our interest is finding those organizations who are on the Teal journey who realize that we need to liberate the mind, the heart and the instinctual energies (within safe boundaries.) For those who have the courage and eventually the joy of participating, we invite a deeper level of integration and development in a way that allows for a freer and more creative culture.

For further information on Eros Power workshops or bringing this to your organization visit  www.erospowerjourney.com

George Pór: Another Year — Another Circle of Lifework