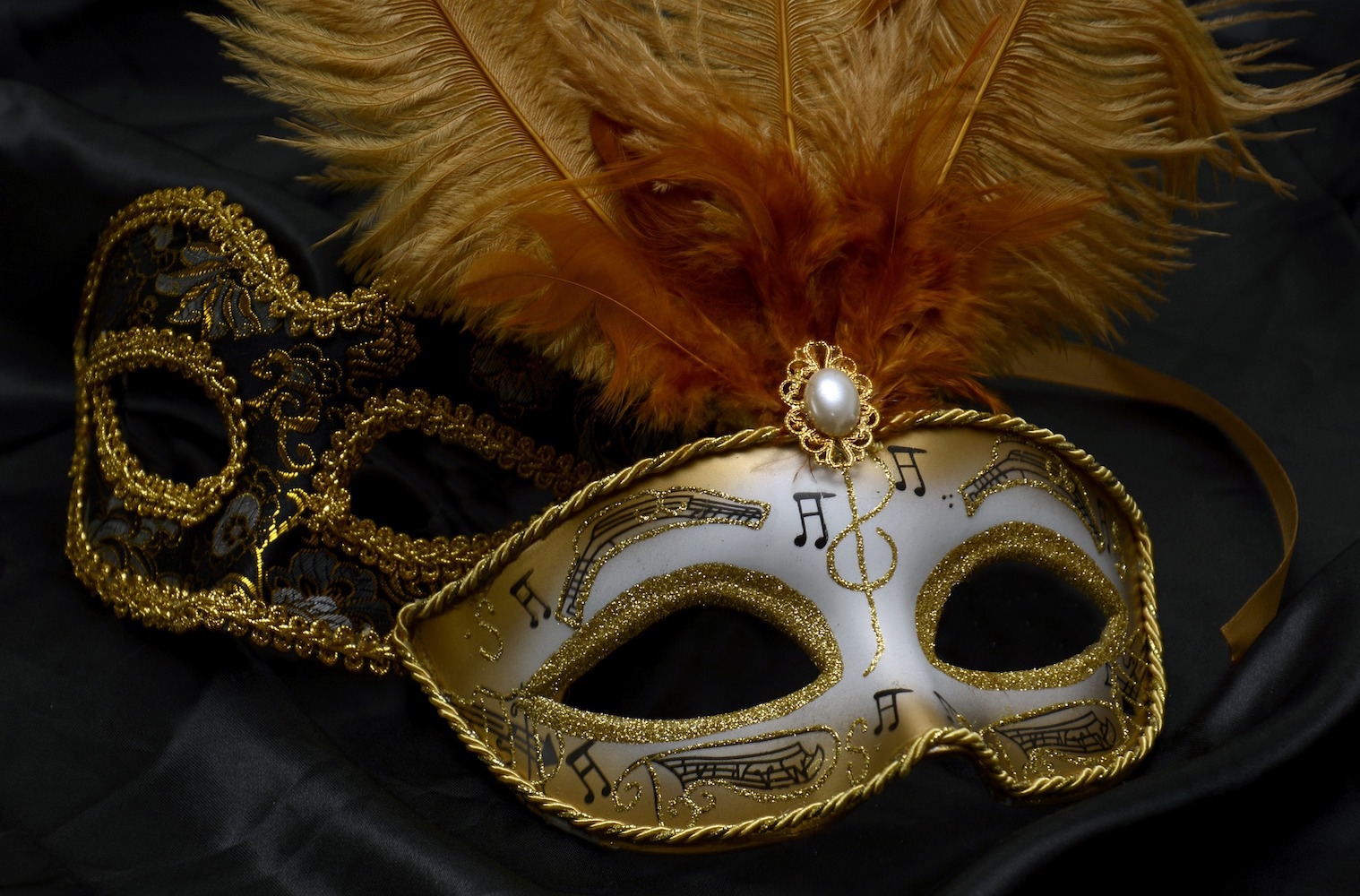 Are you who you think you are?

With so many faces you wear, how would you define yourself?

By Mohit Mamoria and published on hackernoon.com

[dropcap size=small]S[/dropcap]ometimes when I am speaking at a meetup, I tend to ask the audience to introduce themselves. The answers I get are along the lines of:

“I am a co-founder at some startup.”

“I am a Django developer at some company.”

“I am a design consultant.”

They are not wrong definitions of oneself; they are just limiting. Perhaps, the context of meet up made them introduce themselves by the work they do. After their turn, even I represent myself by the work I do.

The context sure defines how we introduce ourselves, but our introductions do not define who we are.

When speaking, I become a co-founder.

When the clock strikes midnight, I become a writer.

In a business meeting, I become a salesman.

During rains, I become a poet.

Within a team, I become a peer.

But when I am asked who I truly am, I realize I am no one. And every one.

“Do not let the roles you play in life make you forget who you are.” — Roy T. Bennett

When a person is so many things, who (s)he really is? For sure, we are not who we think we are. All of us are individuals carrying out experiments on ourselves — with the job, with love, with friends, with cities, and with risks.

But only because we made those wrong choices, we are now at the jobs with purpose, people who believe in us and risks that turned out to be opportunities. If you are the ones who are still in a mess, keep experimenting. The single most important thing for success is to fail enough.

By the way, I am editor of a weekly newsletter, Unmade, which delivers one startup idea to your inboxes.

Living life as a series of experiments

Experiments, by the very nature, are designed to test out a hypothesis. Of course, human beings are seldom without bias, and we often want some experiments to result in positive while others in negative. Regardless of whatever an experiment results in, every experiment is considered to be a success. Why? Because in either case, we know something that we didn’t know earlier.

Experimenting is more science than art. It starts with keeping a sanity check on your own mind and making sure it doesn’t keep building castles in the air. A poorly defined experiment is worse than no experiment at all. I have been carrying out experiments with myself my entire life, and I have three insights on how to design the ‘experiments with life.’

An experiment without pre-defined boundaries can create a chaos in your life. Imagine yourself in middle of an experiment that isn’t going the way you want it to. What will you do? Will you give up? Will you not because you’d be labeled as a person with no perseverance? Will you give it ‘just a little more time’?

The human mind is a funny thing. Most people would continue doing the same thing even if the outcome is turning negative. Economists call it Sunk Cost Fallacy. When the experiments start going negative, you tend to weigh your already sunk cost more over the future cost. To avert the loss you’ve already made, you tend to invest more in the hope to recover it all.

When I tell this to my friends, some of them say, “Well, I am a practical person. I would never become a victim of such a bias.” If you are finding yourself asking the same question, try answering the following question:

That’s the kind of uncertainty you’d face if you don’t have the boundaries defined before you begin an experiment.

Experimenting with a new job? You might want to have a boundary of six months. Quit if it doesn’t inspire you even after six months.

Experimenting with starting a company? You might want to have a boundary of achieving milestones. Quit if you don’t find yourself anywhere near the milestones you had set for yourself.

Quit when you reach your boundary. But not before it.

Have I told you already that human mind is a funny thing? Have I? Good. I’ll still repeat it though because the human mind is indeed a strange thing and it believes in something because it wants to believe in it.

An experiment with your life cannot afford to be interpreted in the light of your beliefs. Whenever astrophysicists record some weird signals coming from the depths of the outer space, all of us want to believe in the existence of aliens. But we must not unless all other possibilities are ruled out by further experiments.

The idea of practicing the interpretation arises from the fact that majority of the human beings tend to carry out subsequent experiments to confirm what they already believe, not to contradict their beliefs.

An experiment to confirm your beliefs serve no purpose at all. Did it enhance your knowledge in any way? Did it teach you something that you didn’t know earlier?

Throughout an experiment, you’ll see the early signs of the outcome. You must not interpret in a manner that confirms your existing beliefs. Intuitively you’d tend to, but practice not to. In your head, the small data that might confirm your beliefs will override the mammoth of the data that contradicts it. Always be on the lookout for the contradictory data.

Sure, contradictory data would make you uncomfortable, and you might even panic, because that’s not what you want to be the outcome. At that moment, do not forget that you are in middle of an experiment, not your holy calling.

Why do you think superstitions exist? In the early days of human beings, some tribe once made a relation between the position of stars and an event on the Earth. Every time, they witnessed a similar event happening under the same formation of stars, their beliefs of stars affecting the events on Earth turned stronger. They plainly ignored the instances when the event didn’t occur under the same star positions or the instances when the event occurred even without the same star formation over their heads.

When we believe in something, we start to look out for pieces of evidence that support our beliefs. Don’t let that happen with your experiments. Always be finding the contradictory evidence. Practice the interpretation.

We didn’t make some decisions of our lives. Our guardians made them for us when we couldn’t, and the consequences reflect in our lives now. Those decisions cannot be rolled back. But there’s no rule that says our experiments in future must adhere to the life we’ve lived till now.

Most ambitious experiments that you’ll ever carry out with your life will be the most unusual ones. Consider yourself a major in Physics, what sort of experiments you’d attempt? Most people try the experiments that are based on what they had done till now. But that’s usual.

This particular insight, in a way, extends the previous one about confining ourselves to our own beliefs. Because we find ourselves in a particular context, it doesn’t have to mean we have to experiment with the particular setting. No. That’s not how experimenting works. Get yourself out in the most strange situations (like, take a job you’ve never done before or move to a city you have no purpose to be in) and bleed with struggle.

Greatness comes from continuing to do things in the face of humiliation. Stand the humiliation.

The ‘art’ part of experimenting lies in defining the experiment itself. Right after the college, you might want to carry out experiments with all the things you found yourself interested in — like traveling or music. But after that, try an experiment with something you weren’t interested in — like writing. After a few years in a job, you might want to startup in the same industry. When starting up after quitting a job, most people tend to build an incrementally better version of the same product that they were working on before. That’s usual. Try venturing into a new industry that you were always fascinated with but never got to work in.

Broad and varied experiments, executed in a short but reasonable time frame are the best.

“Today you are You, that is truer than true. There is no one alive who is Youer than You.” ― Dr. Seuss

Life is not something that you have to settle at. The randomness of life doesn’t have to be confined in a routine. Instead, think of life as a series of experiments — right from the first one to the end of life.

You are a story, yet to unfold,
You are a book, yet to be told,
You are a pot, before it’s mould,
You might be just a rock perhaps,
Just a rock? Yes, but a rock of gold.

Experimenting with life is harder than carrying out one in a lab on a rat. In life experiments, you become the lab rat. I wonder, is that who we really are — lab rats? Perhaps. We are the researchers as well as our own lab rats. We are both the poet and the poem. We are both the story and the teller. We are both the road and the traveler.

But when I am asked who I truly am, I realize I am no one. And every one.