The Future of Organization

Written by Jordan Greenhall and originally published in Medium.

Human organizational models have long been limited to a small set of effective approaches. For small organizations with fewer than thirty or forty members we have long been able to effectively coordinate group behaviour in a loosely structured form deeply connected to our anthropological origins.

As special forces teams and high tech startups attest, the “tribe-level” of organization can be very effective. There are several reasons for this:

The result is an organization that does a good job getting everyone to pull in the same direction and using collective intelligence to identify and solve problems. When someone is not being a “team player,” this is both relatively easily discovered and policed. When someone is overmatched by their challenges or when some emergency situation has arrived on the horizon again, this information is relatively easily sensed by “the whole” and responded to with the best wisdom that the group can muster.

But as the number of participants expands, the “tribe-level” of organization begins to fail. There is too much information for everyone to keep track of all at once and this gives rise to the whole suite of collective action and “tragedy of the commons” problems studied in academics. Consensus decison-making becomes increasingly burdensome and tribal instincts begin to break the organization into several often-competing sub-tribes rather than a smoothly unified whole.

Up until very recently, the only consistently successful resolution to this problem has been some flavor of a centralized hierarchical control organization. By breaking down the problem into smaller groups separated by well defined roles and responsibilities and connected with a clear vertical decision-making scheme, hierarchical organizations have been able to scale into tens and hundreds of thousands of members and even millions in the case of some military hierarchies.

The advantages of scale have led the hierarchical model to dominate the organizational landscape for thousands of years, but this approach is not without major flaws.

While hierarchies can scale — they do not do so smoothly. That is, while a very large hierarchy can do many things more effectively than a small tribal organization, they do so at a cost:

The result is a decreasing return to scale that seems to cap the effectiveness of a hierarchical organization regardless of the number of members it puts to work.

As a result of intrinsic information and power asymmetry, hierarchies provide a large number of different niches for anti-mutual self-interested behaviour (aka win-lose or “extraction”). At their worst, these are top down tyrannies where concentrated power and information results in extensive value extraction. But even relatively well managed and equitable hierarchies are plagued by “defection” behaviours of all sorts throughout the organization.

The movement of authority and responsibility from the edge towards the center results in a large number of failures ranging from the cliche “that’s not my department” (indifference and inefficiency) to the chilling “I was just following orders” (systemic immorality).

Nonetheless, the advantages of hierarchical organizations have outweighed their weaknesses and resulted in their being the peak predator of our economic landscape.

Technological breakthroughs achieved in the last 6 years are finally allowing for large groups of individuals to connect directly, make decisions, collaborate and share value amongst themselves — without the need to rely on any centralized authority or intermediary.

Imagine the Facebook network without Facebook. People lending or borrowing money, buying and selling goods or services without relying on banks or Paypal, insuring each other with no centralized insurance companies. Imagine a decentralized transportation network independent of Lyft or Uber, renting apartments without AirBnB, new P2P marketplaces emerging instead of eBay or Amazon. Imagine the ability to replace every service with a decentralized counterpart that does not rely on any trusted party or intermediary and provides no purchase for greedy or corrupt middlemen.

This vision is beginning to unfold. The Bitcoin monetary network is the first truely decentralized organization that managed to scale and enter into the mainstream. Now worth over $3 Bn, Bitcoin is used by millions of people worldwide, and more corporations and governments are starting to acknowledge its value every week. And it has done all of this without the use of any centralized hierarchy.

The core breakthroughs of Bitcoin are:

Bitcoin has been an extraordinary proof of concept. But because its innovations were “hard wired” to provide only the limited functionality of a “currency network”, efforts have been underway to generalize these core innovations and unlock the potential of truly “decentralized collaborative organizations” Ethereum and the Blockchain

The initial implementation of the blockchain in Bitcoin was a “public ledger” — a dynamical distributed database that is held by all the nodes of the network, all of whom simultaneously authenticate its changes and updates and verify them against a predefined “set of rules,” hardcoded into each node’s client app.

The result is that this blockchain can provide decentralized evolutions withany set of rules, and these programs are not required to be hard coded into each nodes client, but rather can update themselves via the mesh network, as a sub-layer of the decentralized database itself. These programs are often called “smart contracts”, or “smart programs”, and are written in a Turing complete script language, meaning that they enable the the use of the blockchain technology for an unlimited number of human goals.

Ethereum and similar efforts provide one half of the fundamental infrastructure necessary to enable the widespread emergence of decentralized collaborative organizations at scale.

The missing protocols: alignment and coherence

In a tribe, constant close communication and large group consensus-building enables the organization to stay on the same page, make decisions, allocate resources, choose objectives, etc. In a hierarachy, these governance functions are satisfied through the entire toolbox of meetings, briefings, power points, strategy documents and compensation schemes that are the stable of corporate life.

So far in the evolution of DAOs, these functions have been largely a mix of a tribal model at the center and a hard-wired incentive structure (like mining) for everyone else. But for the DAO model to scale, some new much more robust and flexible approach will need to be constructed.

And right now, in much the same way that Ethereum has generalized the blockchain, efforts are underway, notably at Backfeed.cc, to generalize a game theoretic protocol for motivating and aligning interests.

Such a protocol should satisfy a few basic requirements:

Distributed governance — There should be no centralized evaluation and reward distribution. The protocol should be able to operate in a decentralized peer-to-peer network, in a way that ensures accountability and auditability.

Scalability — The protocol should support the operations of a variety of decentralized collaborations, regardless of their nature, objectives, and size. The protocol must enable scale-free organizations that can grow from a handful of individuals to hundreds, thousands, or millions of people, and if needed, also shrink back to any desirable size with no adverse effects.

Incentive for beneficial collaboration — The protocol should provide agents with incentives to contribute to the DCO. The protocol motivates participation by ensuring that agents will be rewarded with “tokens” as well as with a reputation score according to the community’s evaluation of their respective contributions. The protocol also motivates agents to evaluate genuinely each other’s contributions by ensuring that agents reputation in the DCO will be adjusted, upward or downward, according to the quality of their respective evaluations.

Diversification — In addition to encouraging the internal alignment of agents within a DCO, the protocol should also encourage diversification at the external level, by facilitating the exploration of alternatives features (e.g. spin-offs or ‘forks’), which might prove to be the most suitable to a particular context.

Delivering on this set of requirements will be no mean feat, but judging from the current amount of attention and energy that is being focused on this problem space it is clearly the new frontier in the movement to Decentralize Everything.

And while it will likely be a decade before these new models of human organization are fully developed, if they can combine the equity and innovation of tribes with the scalability of hierarchies, there is every reason on the world to believe that they represent the future of how things are done in our emerging new civilization. 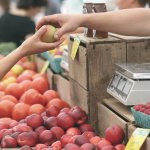 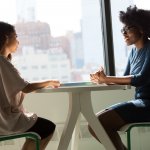 Safe Space in the Organization 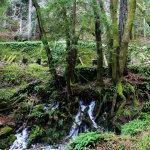 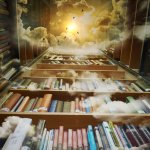 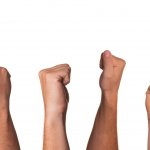 Insights for the Journey – How to Work with People Who Resist