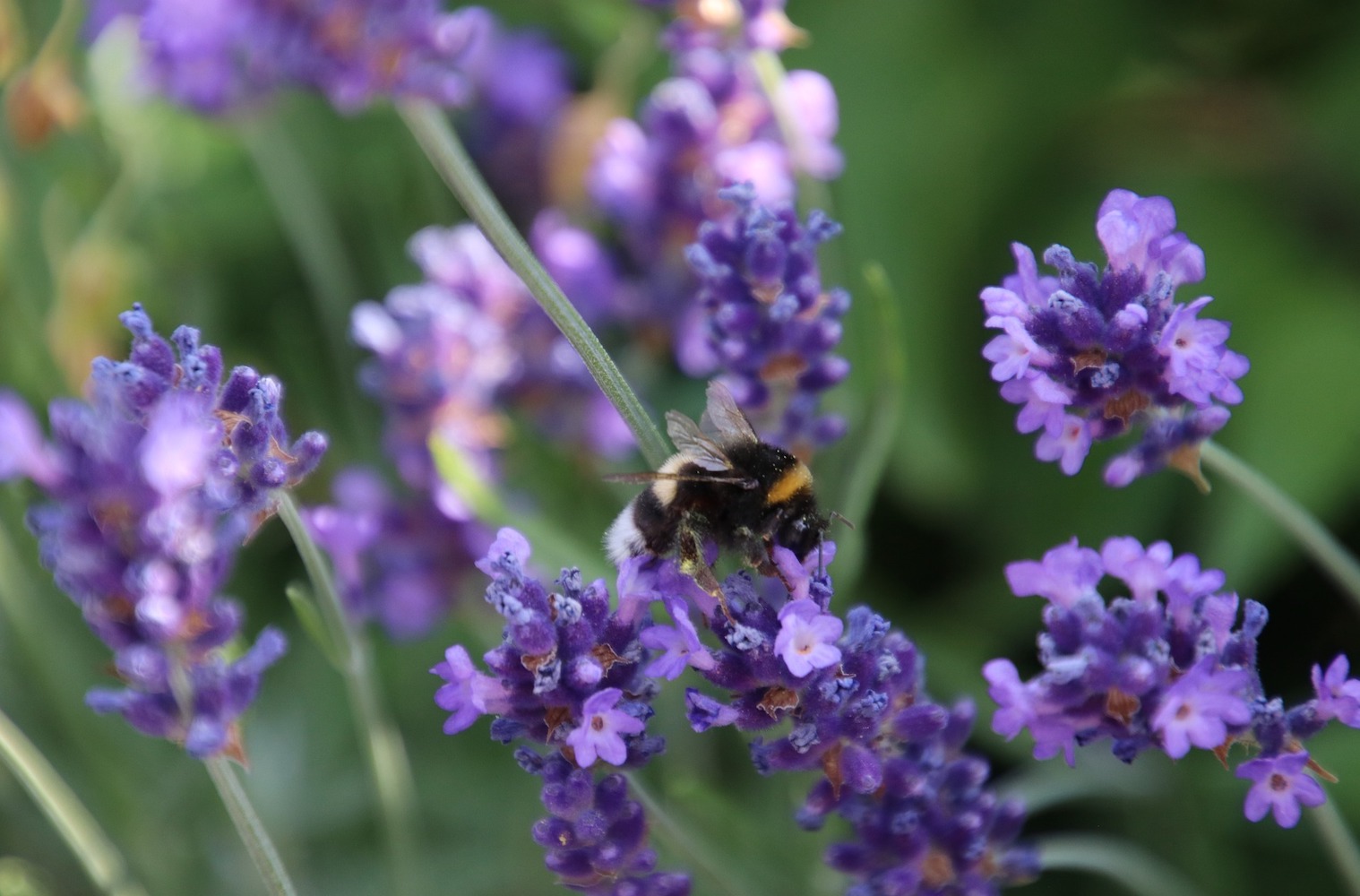 By Joshua Paul Malkin and originally published at commonssociety.org

A commons corporation is a new economic model that represents an evolutionary step beyond both social enterprise and corporate social responsibility. It has been variously described as a form of sustainable capitalism and a ‘perpetual wellbeing machine’.

Although it has existed in prototype mode for sometime,  the first version of a commons corporation, The Elysia Commons, was publicly launched in November 2014 at Dartington Hall in the UK. We summarize here the thinking behind it, how it works and how it is currently developing.

All the “things that we inherit from nature and civil society, which we are duty-bound to pass along, undiminished, to future generations”(1) have been described generically as “The Commons”.

A key problem with our existing economic system is that these environmental and human foundations of life and wellbeing are constantly being degraded and diminished by the “free” market system that is focussed above all else on the extraction of value by maximising profit. A commons corporation is a new economic model that is a contribution towards solving this problem without inhibiting entrepreneurial activity or private ownership. Through new organisational design we can refocus the energy of the free market into making business generative and life-enhancing rather than extractive of value from people, place and planet.

It is a new type of mutual economic structure that binds companies and civil society organisations together in a way that protects and develops shared value. As such it is a systemic contribution to building third phase, self-regulating capitalism (2) and a civil society that can promote wellbeing both now and in the future.

It is distinct from other mutual forms such as co-operatives or single social enterprises or even community benefit societies because of its systemic approach. Unlike worker owned companies that simply distribute and consume their surplus (for example John Lewis and Scott Bader in the UK), a commons corporation is a systemic engine for change because its inherent structural logic invests in the commons through built in mechanisms for expansion and stability.

It is best thought of less as an innovative individual organisation dependent on the integrity and values of managers and business leaders, than as a network and infrastructure within the free market that enables enterprise to naturally perform in a socially beneficial way.

In a commons corporation organisations are committed to their long term success and through their success they automatically also support a network that invests in social, economic and community infrastructure. This community realm may include education, health arts and other initiatives that support human and environmental flourishing.

The commons corporation is a dynamic network that can reasonably be described as an economic ecosystem. It does not control any of the autonomous organisations that are contained within it. It is simply a structure that holds and protects companies – both for profit and not for profit – as well as educational, health, arts and environmental charities.

The governance of the commons corporation manages the space in between its member organisations to protect their interdependence and maximize mutual benefit. It uses a combination of existing legal mechanisms to focus the energy of individual initiative and enterprise in building a stable self-regulating ‘domestic economy’ that may be local, national or international.

Governance of the structure is directly democratic in terms of the election of a Council to administer the commons corporation according to 7 organisational design principles and 3 virtuous cycles of managing surplus.

We recognise that in order to get to maturity, businesses must develop through and past the entrepreneurial stage. Crucially, mature businesses in a commons corporation share surplus equally in three ways.

A further 10% goes to the administration and governance of the whole. These systems manage the created wealth so that rather than surplus accumulating in the hands of a few, it is directed towards the flourishing of all. Central to this model is that individuals and companies must be free to use their initiative, enterprise and creativity to create wealth without which there would be no surplus to distribute.

Entrepreneurs are important. Like mothers they give birth to new life and like fathers they protect it so that all the “family” may flourish. Commons corporation entrepreneurs, whether in social enterprises or otherwise, still make profits and are rewarded for their efforts in the normal way.

However once a company becomes part of a commons corporation it cannot be sold or be subject to a hostile takeover thus protecting purpose and legacy and thereby building stability, resilience and legitimacy. In doing so it binds private ownership into the common good and into supporting civil society and the environment.

Diagram: How a commons corporation works

Rather than pressing companies into sharing value as a peripheral afterthought to economic activity through corporate responsibility, the essence of this model is that once companies join a commons corporation, they become part of a system inherently designed to share value.

Whilst it is more likely companies committed to social and environmental sustainability would be more inclined to voluntarily join, the commons corporation can buy a company in the free market. Thereafter the company would then operate according to the rules of the commons and  consequently a key systemic capacity of a commons corporation is its ability transform organisations into ‘social enterprises’.

Integral to the growth of the commons corporation is an enterprise development fund which acts like a bank to support member companies and organisations develop, and which can bring in new companies, thereby growing the network.

Business owners outside of the commons corporation may wish to bring their company in, when for example, they retire or exit their business. When they do so they are rewarded for their efforts in building their business and in addition are assured their enterprise will go forward within a stable structure that protects their purpose, founding impulse and co-worker team.

A commons corporation offers a route for private capital to invest in the productive economy but abolishes the tyranny of shareholder speculation that forces companies to mercilessly drive shareholder returns above all other considerations. Instead it incentivizes companies and workers to build productive capacity and make profit for the common good. It does not inhibit investment but it does abolish speculation – in shares, people and capability.

There is much we can learn from how natural ecologies work as complex systems. Nature invests in potential. Self-regulating networks of interconnectedness that we call ecologies, provide a mutual foundation in which parts of a natural system replenish themselves as well as the whole.

In human terms, such shared foundational value can be seen as common wealth or a commons. A commons corporation mimics such inter-dependence in order to create a stable conducive environment for economic and social flourishing that can be described as a civil ecology. The term ‘civil ecology’ was originally coined by Dr.Claudius van Wyk and Professor Angus Jenkinson of the Civil Society Forum UK.

By turning the logic of capitalism on itself, through an acquisition and investment mechanism within an economic ecosystem committed to sharing value, we can create a collaborative commons economy that mutualises the market and encourages freedom of individual enterprise and in so doing curbs the financial excesses that the world has come to rue so keenly.

The Elysia Commons is the first example of this new economic model. It was developed around Rush Farm, a 190 acre biodynamic farm and Stockwood Business Park in Worcestershire in the UK. As well as the farm, it comprises a therapeutic health centre, a health charity, a trading company and a children’s nursery.

It is currently in the process of seeking seed funding to operationalize the concept to scale, developing the economic development fund, recruiting new organisations to become members, putting in place legal governance structures that will allow expansion and investigating how tax structures might benefit companies and individuals who form its membership.

Its legal architecture was originally designed by Sebastian Parsons whose vision was further articulated by Joshua Malkin, Melanie Taylor of the Calyx Trust and Mark Drewell, Senior Partner of the Foresight Group.

If you would like further information about this project please contact us through www.elysiacommons.org or email [email protected]

(3) The Commons Corporation shares 30% of the surplus (issued) profit with the co-workers of the organisation that made the profit, in proportion to the earnings they took as they did that work.  Voluntary work may be included, by agreement of the co-workers.